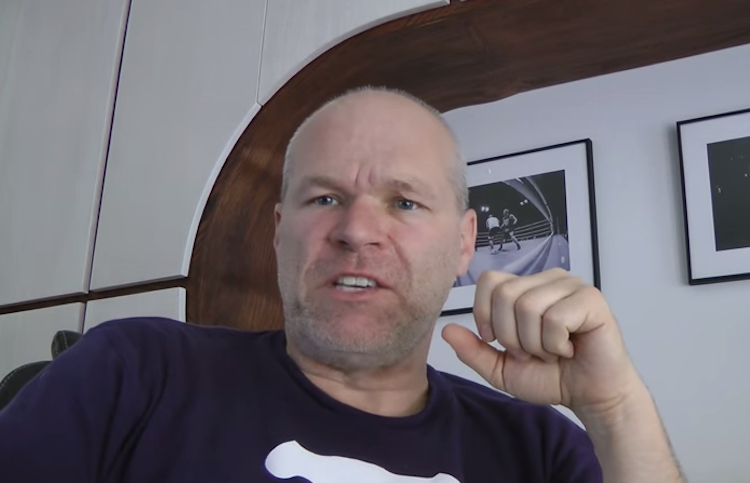 Uwe Boll is known for making really crappy movies, most notably adaptations of really great video game franchises. He’s the man behind films like House of the Dead, Postal, and the BloodRayne and In the Name of the King series. He also has a good handful of equally bad, low-budget original concepts, like the politically-minded Attack on Darfur and Auschwitz, and balls-out-ridiculousness like Blubberella.

(Just because, here’s the IMDB synopsis of that last one: “An action comedy centered on an overweight woman whose footsteps cause explosions and whose dual swords are used against anyone who makes fun of her.” And it’s set during WWII. Yeah.)

Back in 2013, Boll attempted to fund a sequel to Postal using Kickstarter, but canceled the project after raising just $29,977 of his $500,000 goal. Earlier this year, he attempted to fund a third film in his politically analogous Rampage series using IndieGogo. When that project gained just $6,375 in pledge money in two months time, he shut it down and tried to utilize Kickstarter again. He lowered the goal to $55,794, specifically to fund the bullet-riddled final action sequence, but could only muster $26,979 in support with three days to go.

Taking these failures as a sign that no one wants to see him making movies anymore, Boll has announced he’ll be quitting Hollywood forever. In two videos posted to his YouTube page, Boll makes it clear that he’s fed up with crowdfunding, as well as what he labels as Hollywood money-grabbers. “Basically, my message is fuck yourself,” he says in the first clip. “Because that is so fucking absurd what retarded, amateur idiots collecting money on that absurd website.” [sic]

Boll adds he may not complete Rampage 3 at this point. He goes on to call out Marvel Studios and Roger Christian’s forthcoming Black Angel, the latter of which has earned $89,847 in just seven days on Kickstarter. “It looks like you’re easier giving $600,000 if you make a movie about some retarded wizard in the forest or for another whatever Marvel Avengers bullshit dirt. So goodbye, and goodbye Hollywood.” [sic]

In a separate video, he delivers an expletive-filled rant against Hollywood money and stars. After calling out movie-goers for paying to see “stupid, absurd shit” like Iron Man and Captain America, he says the actors in the films are no better. “They’re not all in it. It’s all about the fucking money. They’re fucking assholes and retards.” He even uses Jennifer Lopez as an example of Hollywood hypocrisy. “What is Jennifer Lopez? Like a fucking demanding Mexican bitch, nothing else, who wants to fly with a private airplane, but at the same time she would say, ‘Oh, We have to take care of the environment,’ on a talk show.”

The epic rant ends with him putting out a call to “fucking kill the rich” (after earlier saying he’ll quit the business because he has enough money “to play golf until I’m dead”). It’s the type of clip frequent visitors to Boll’s YouTube page are used to, but for those hoping he never gets another chance to mess with one of their favorite gaming franchises, it’s one that will leave many saying good riddance.