Between The Buried And Me – Coma Ecliptic 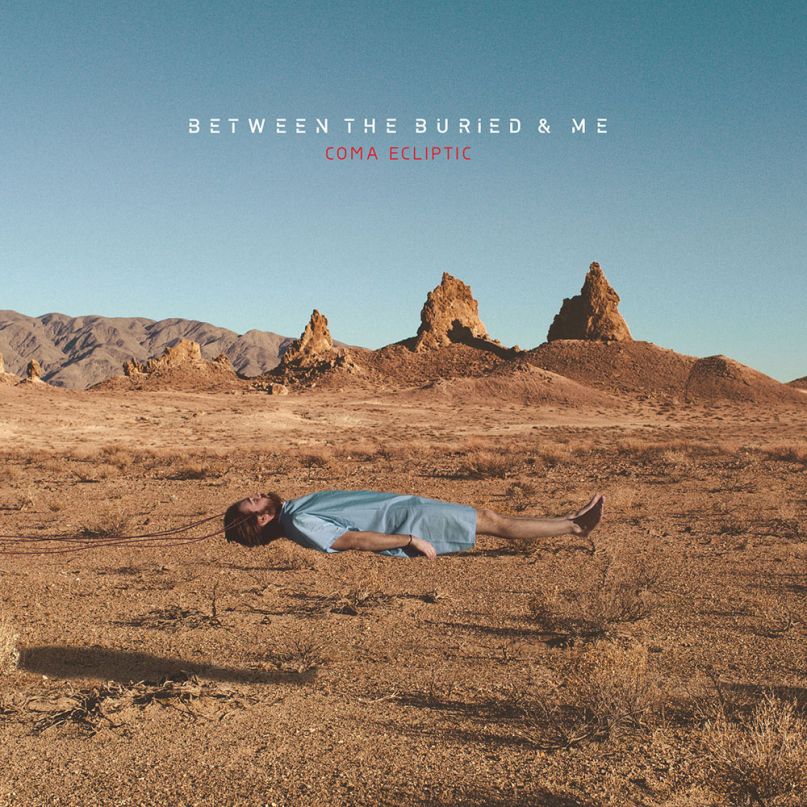 What happens inside the mind of a coma patient, when one’s brain is reduced to minimal activity? Scientists have hypothesized that there’s not enough blood flow to even dream, while some patients report vivid hallucinations or nightmarish disconnected images more affecting than the trauma that triggered the coma in the first place. “It was one ongoing nightmare that I couldn’t awake from,” wrote Biconderopus, a commenter on a Scientific American piece about medically induced comas. “It took me much longer to heal from the imagery in that coma than it did from the physical injuries.”

Between the Buried and Me offer their own interpretation of this chaos on their seventh studio album, Coma Ecliptic, a rock opera about a man stuck in a coma, reliving his past lives in the un-reality of the mind. “Chaos” is the keyword there. Between the Buried and Me aren’t ones to compromise to the expectations of fans or critics, reimagining their sound from album to album. Affronting the listener with a barrage of harsh musical ideas is their thing. But never have they strayed this far from the progressive metalcore they helped patent with records like Alaska. On Coma Ecliptic, they attempt to go in every direction at once, to pull off that Dream Theater versatility of being a metal band, a prog band, a pop band, and a virtuosic performance troupe all at once.

Intrinsically, that approach stretches a band too thin and doesn’t work, and this record is no exception. By trying to create a series of disconnected nightmares of the type Biconderopus experienced, the band ends up with a mess of genre experiments and empty songwriting that seems designed to test the listener’s patience. Opening tracks “Node” and “The Coma Machine” jump into Queen-style stage rock — with Tommy Giles Rogers singing in a clean tenor — before returning to more familiar metallic territories during a wild climax of descending scales and math-y breakdowns. Here, Rogers lets loose his guttural growl. The band is in their element. But then the pop part comes back with its bouncy piano riff and the song continues for another minute and a half instead of ending at its peak. It’s all so rigidly assembled, like the band took an unfinished metal song and combined it with leftover power chords.

The band is so accomplished at playing loud, fast, and heavy that there’s a clear drop in quality from the metalcore elements to the straightforward pop components that make up about half the album. Rogers singing over a synthpop ditty (“Dim Ignition”) is awkward and bizarre, and when he busts out exaggerated Mike Patton vocals over a honky-tonk piano on “The Ectopic Stroll”, it’s clear that Between the Buried and Me just don’t have the ability to write these pop asides at the same level as their heavier material.

Coma Ecliptic is at its most listenable when it’s fast, raw, and brutal. Highlight “Turn on the Darkness” is the bleakest chapter of the concept album, with its dissonant, arpeggiated intro leading to a gradual buildup of dueling fretwork by Paul Waggoner and Dustie Waring. Although the guitarists take less of the spotlight on Coma than on previous records, they shred on this track and the equally strong “Memory Palace”, the grooviest cuts here. However, clocking in at 8:26 and 9:54, respectively, these are marathons — for Waggoner, Waring, and the listener.

Coma Ecliptic clocks in at over an hour, but most discouraging is the band’s failure to translate the album’s conceptual themes to the listener in that timespan. If it wasn’t in the title and had I not read it in the press release, I wouldn’t have known this was a rock opera, nor would I have known it was about a man in a coma. The lyrics range from vague to indistinguishable, and only the rapidity of the variation in the songs shares any parallels with the apparent rapid-movement nightmare-scape of being in a coma. If scientists aren’t sure what goes on in the brain when it’s in such a near-death state, neither do Between the Buried and Me.