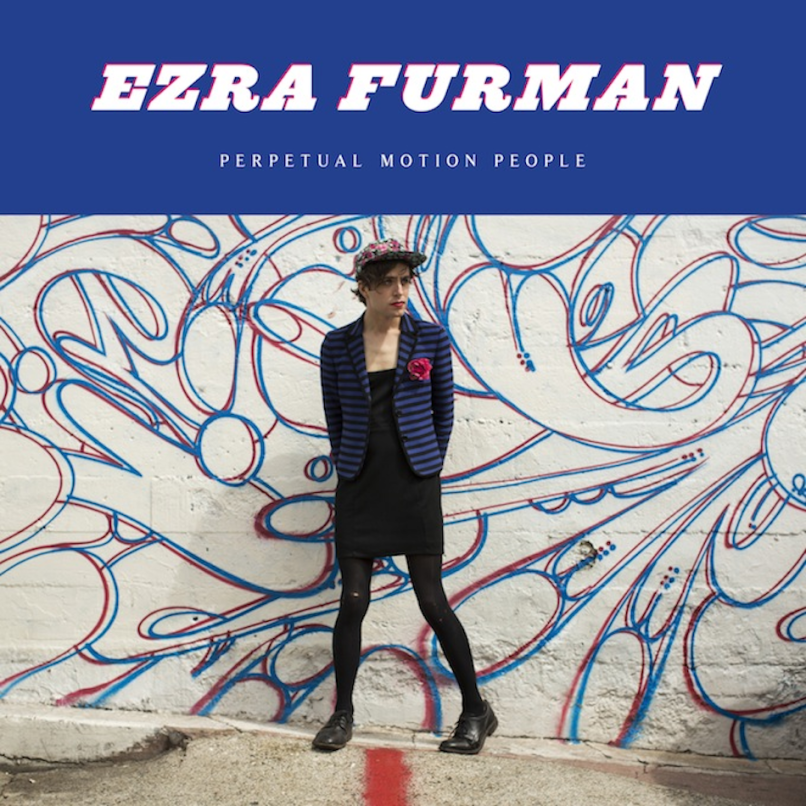 The moment you put on Perpetual Motion People, you feel right at home. Opener and lead single “Restless Year” is a melange of cheery ’80s pop and punkish lead vocals, signposting off the bat where Ezra Furman has situated his new solo album: the intersection of numerous well-worn genres, including pop, doo-wop, and indie rock. It’s familiar territory that the Chicago/San Francisco singer-songwriter has explored before, notably with his backing band the Boy-Friends in 2013’s Day of the Dog. But it’s worth treading again for how Furman has molded those sounds to his clear-eyed, hopeful vision of living in 21st century America.

As its title indicates, Perpetual Motion People is about change, action, and metamorphosis. “I’m restless in most aspects,” Furman said in a press release, referring to his address, gender, religion and probably more. Furman knows this comes partly from his rattled psyche, which he explores in “Haunted Head” and yearns to escape from in “Can I Sleep in Your Brain”. In the former, Furman connects aimless, late night/early morning drives to various crumbling identities, concluding that “by morning there’s nobody at the wheel.”

Furman is also very much aware of what it’s like to live and move in the world with all its quirks, pains, and oppressions. In “Lousy Connection”, he ponders contemporary alienation that turns wins into losses. In a tightly wired world, we still can’t quite connect to each other, playing “a royal flush but all the faces are faded.” Furman has sharp things to say about society, but he never lays it on too thick or becomes a scold: In “Pot Holes”, a cheeky ode to Chicago, Furman parodies rather than outright criticizes the casual racism of the city with references to its north-south divide and the label “Chiraq” (“I admit it’s inconvenient to get robbed in a combat zone”).

Furman has described his music as “trying to shake people by the shoulders and explain something.” Throughout Perpetual Motion People, that “something” feels like truths that have coalesced from his own experiences. In “Body Was Made”, a defiant statement about bodily autonomy, Furman addresses the listener: “Your body is yours at the end of the day, and don’t let the hateful try to take it away.” In the autobiographical “Ordinary Life”, the message is “You gotta keep it new to keep it true.” Perpetual Motion People isn’t your typical summer album, but if you’re using your summer to reflect on the past months and come away a hopeful survivor in the mood to dance, why not dance to it?

Essential Tracks: “Lousy Connection”, “Haunted Head”, and “Body Was Made”