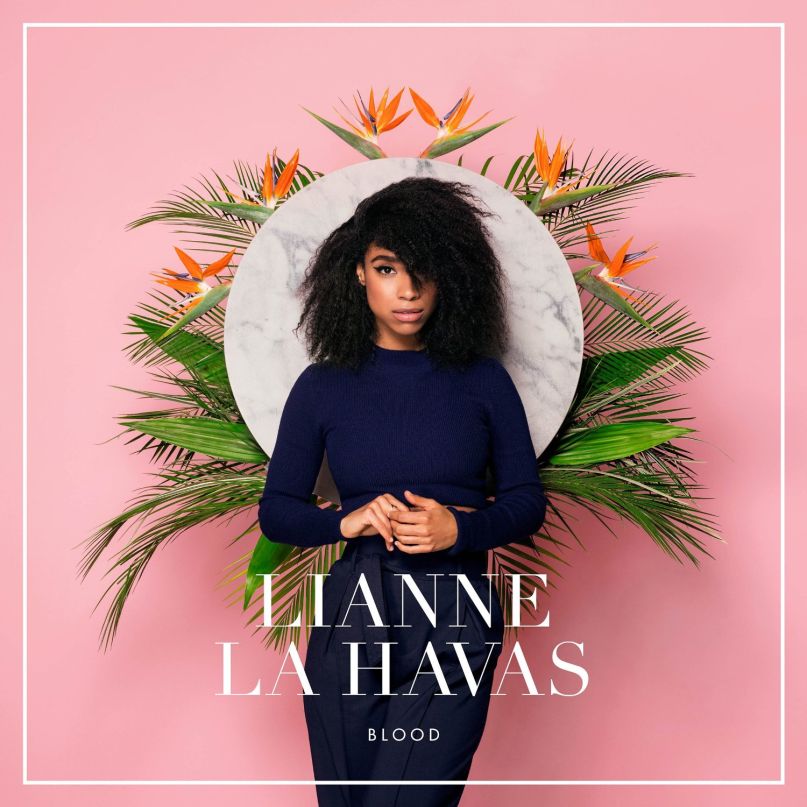 Lianne La Havas starts her second album in a moment of triumph. At its roots, “Unstoppable” is technically a breakup song about a relationship the London singer couldn’t seem to pull away from — “It’s just gravitational/ We are unstoppable,” she sings. But like much of her sophomore effort, Blood, the single transcends its own inspiration. “Unstoppable” becomes less an ode to a magnetic love affair and more a declaration of power, determination, and unflappable self-love.

La Havas was just 22 when she released her first album, Is Your Love Big Enough? Compared to Blood, that debut now feels slow and conservative, as though the young songwriter wanted to prove she could master traditional modes of jazz, soul, and R&B before peeling back the layers and revealing her personality. Blood also finds its foundation in tradition — the swinging love song “What You Don’t Do”, with its brass and backing vocals, could have been released in any of the last few decades — but it takes a few tracks to poke out toward fresh, raw territory.

Now 25, La Havas uses Blood to reflect on what it means for her to come into her own as an adult and an artist. “Now I’m fully grown and I’m seeing everything clearer,” she sings on “Green and Gold”, and the confidence in her voice cements the claim. “All I’ve ever known is how to be alone/ It comes naturally,” she admits on “Tokyo”, a song that seems to be less about a specific city than the state of mind that city represents. La Havas identifies with the cold, impersonal neon lights and the placelessness she feels in a city she doesn’t belong to. She finds herself in the negative, belonging to a sense of unbelonging, coming away with a clearer image of who she is by parsing out who she’s not.

While much of Blood tends towards the upbeat, clever production flourishes deepen even the album’s sleepier tracks. “Wonderful” plays out slow, sad, and viscous, but it’s anchored by finger snaps, prickles of string, and drums subtly played in reverse. Later in the album, bolder instrumentation pushes La Havas’ voice into an adrenalized space. “Grow” switches from muted guitar fingerpicking in the verses to a chorus that cranks the drums and lets her voice scrape over them in a production move that recalls Gnarls Barkley more than anyone else. Its companion track, “Never Get Enough”, sticks out as an electronic outlier in an album that mostly houses organic accompaniment. La Havas’ multitracked voice floats above classical guitar, then gets subsumed into a dusty filter and a twisting electric guitar figure. It could be a Liars chorus, and here it’s sandwiched between two even-keeled acoustic numbers that would be right at home playing in a Starbucks.

Blood’s most engaging moments come when La Havas pierces through the layer of polish that’s coated her work to date. She has a penchant for adventure, and her risks pay off here; her talent doesn’t just lie in her ability to hit all the right notes with perfect timbre, but in the way she manages to play off her production and corner her own voice into moments of danger. Blood lets her edge away from safety, and it wouldn’t be surprising if her next move takes an even sharper turn.