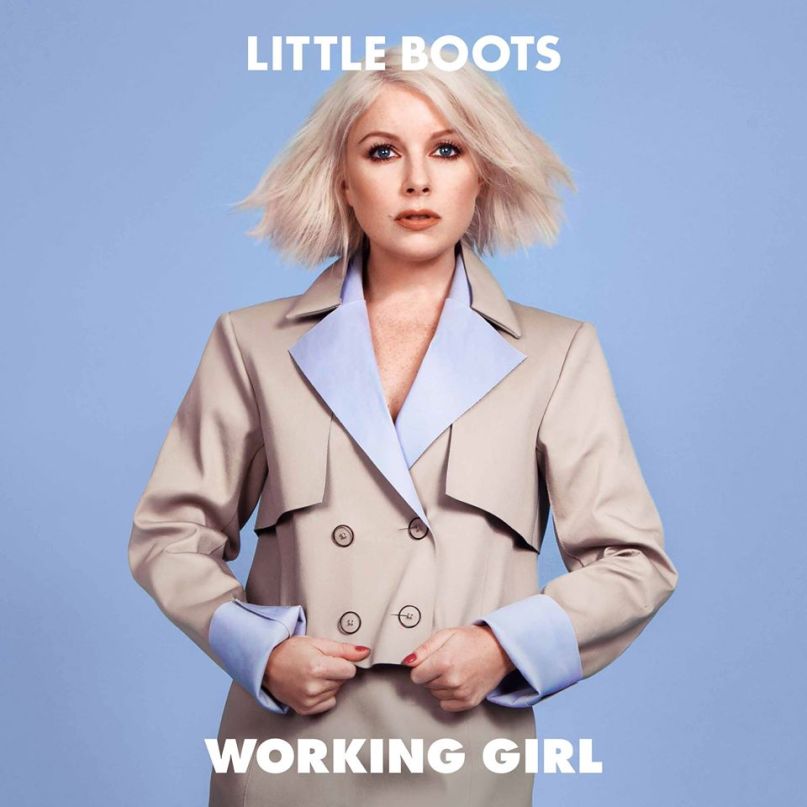 On her third album as Little Boots, English singer and producer Victoria Hesketh wears holes in the sheen she cultivated on her first two outings. That’s a good thing; while Hands and especially Nocturnes sparkled with club-ready production, Working Girl shows off more of Hesketh’s humor and charm. In a few places, it even makes room for her to be vulnerable inside her snappy pop arrangements.

Working Girl strikes some of the poses of a concept album in that it opens with sardonic hold music and includes numerous references to office culture and “lean-in” feminism. “Can you have it all?” Hesketh asks on the title track, a second person interrogation into a woman’s polished lifestyle and secret inner turmoil. The song’s dark techno beat only underscores the club as an oasis from professional drudgery, or maybe it implicates Boots herself, whose profession sees her working long after the last fluorescent lights have flickered off for the night.

The album keeps its BPM up and its personal stakes high, as Hesketh articulates the ennui of a high-powered life. “I don’t like where I am and my friends don’t understand,” she sings on “No Pressure”. On “Business Pleasure”, she asserts, “I’m not your girl in the machine.” And on “Better in the Morning”, she bounces through a sing-song melody to talk herself out of feeling defeated at the end of the day. The production is lively and fun throughout, but ringed with after-hours melancholy. Hesketh sings as if she’s trying to claw her way out of isolation, hoping for someone, anyone, to hear her.

Little Boots packs her share of sarcasm into Working Girl, but above all she insists fiercely on her own humanity. She arranges her insecurities on a familiar pop framework, her struggles and doubts laid bare. The chirping “Help Too” carries some of the heaviest lyrics Hesketh has written — it might be her most tender song yet. Boots has refined her technical skills and curation choices over the past two albums, but her biggest breakthrough on Working Girl is just how much she’s now willing to let us in.

Essential Tracks: “Working Girl”, “Help Too”, and “Better in the Morning”