The Chemical Brothers – Born in the Echoes 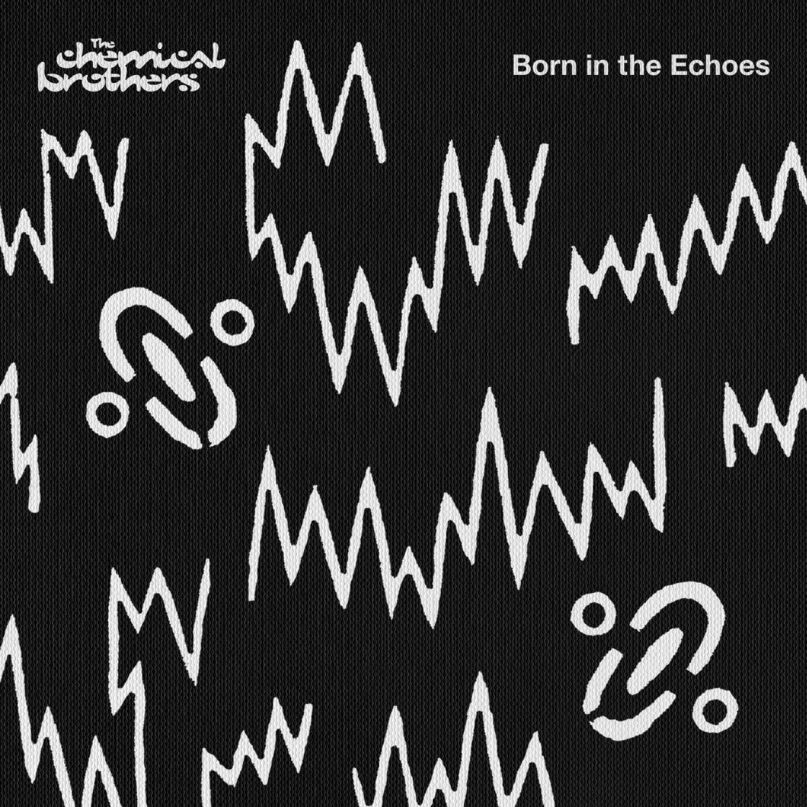 It’s strange to think that the Chemical Brothers have become something of an anomaly in electronic music, a genre they’ve helped run for 20 years. Since the duo’s last full-length release in 2010, mainstream dance music has turned toward the spastic energy of what has come to be known as EDM. Ed Simons and Tom Rowlands are now the old guard, elder statesmen in a corner of the word overtaken by Skrillex, Avicii, Tiesto, and others holding court in dance music’s new wave.

But that’s fine, really, especially considering the Chemical Brothers have never aligned themselves with anyone too closely. Even as they were ascending the ’90s big beat ladder alongside Daft Punk and the Prodigy, Simons and Rowlands operated a little left of center. While everyone around them got their boom-chick-boom on, the Brothers’ sound owed just as much to psychedelia, rock, shoegaze, and hip-hop, leaving critics hellbent on dismissing electronica for its most reductive stereotypes with hardly a leg to stand on. Theirs is a world without rules or boundaries, one where formula was sidestepped  in favor of carving out a unique sonic footprint. As for EDM, the duo has publicly decried the homogenous nature of today’s dance music with more or less a shrug and an eye roll.

But while Simons and Rowlands have always looked at everything outside of their musical prism with cool detachment, they seem to be more cognizant of their mortality as they settle into their second decade as a band. “We’ve been together longer than a lot of marriages,” Simons told The Guardian in June. He might be sardonically questioning if he and Rowlands are beginning to overstay their welcome, but their music continues to offer sound evidence to the contrary. Born in the Echoes is the work of a few seasoned dance gurus in full flight. The Brothers utilize all the weapons in their arsenal, from infectious pop joints and hypnotic ravers to the A-list cameo appearances, but there’s extra oomph behind these 11 tracks. The Chemical Brothers don’t have much of anything they need to prove to anyone at this stage in their career, but on their eighth studio effort, they show the world they can still make a serious claim to electronic music’s brass ring.

Beginning with “Sometimes I Feel So Deserted”, the duo’s pop sense front-loads the record. “Go”, with its ricocheting bass lines, reunites the Brothers with Q-Tip to fine effect, while “Under Neon Lights” slants the duo’s sound toward St. Vincent’s art pop liking. As good as they sound manipulating the decks on their own, the Chemical Brothers’ ability to assimilate to the artistic worlds inhabited by their collaborators remains a feat in and of itself.

But while the first few tracks give in to the temptation of a few killer hooks, this isn’t a complete retreat back to the poppier sounds explored on the likes of Push the Button and We Are the Night. Other tracks hark back to the band’s jones for pulverizing acid house (“EML Ritual”) and swirling, psychedelic dance pop (“Reflexion”). “I’ll See You There”, meanwhile, calls to mind the percussive energy the duo brought to the table on “Setting Sun” years ago. Born in the Echoes is a pretty spry record for a few old pros, but the Brothers save their most arresting moment for last. “Wide Open” enlists Beck’s vocal services for a house jam that at once manages to sound both serene and completely energized.

“I was born in between,” Cate Le Bon sings, “I was born in the echoes.” Leave it to the title track to drive home the point, but therein lies the Brothers’ credo. Less concerned with making a splash, Simons and Rowlands are more concerned with the ripple effect, looking for the best of what can be mined from the cast off sounds that reverberate outward. Whether they intended it or not, Born in the Echoes is an iron-clad musical statement from one of dance music’s most enduring exports. Today’s EDM poster children can have the limelight, but they can only hope to sound this relevant and current 20 years down the road.