The Maccabees – The Marks to Prove It 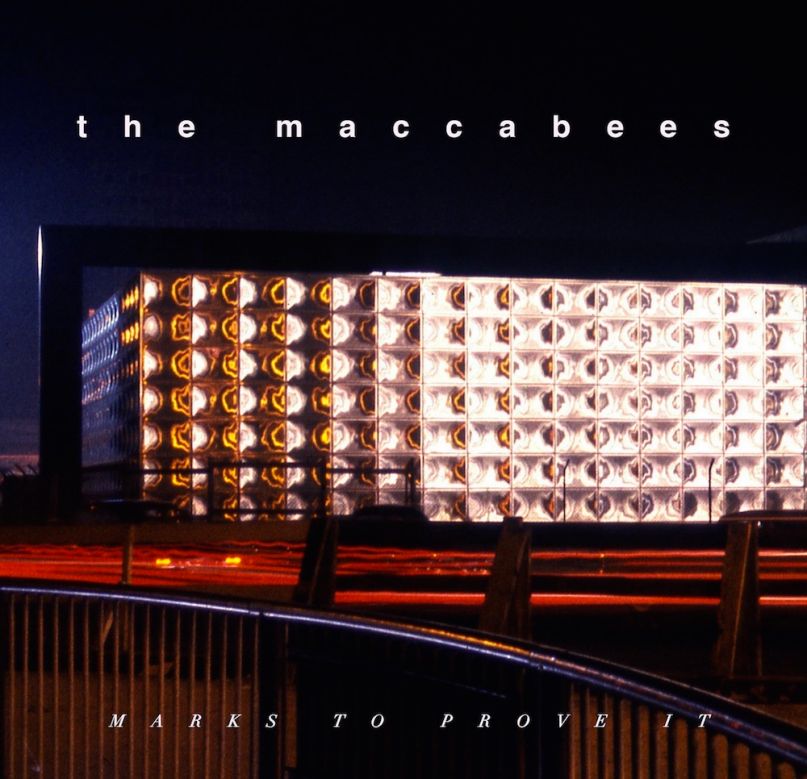 The Maccabees had a hell of a time making their fourth album and the Londoners have the marks to prove it. See what they did there? It’s the kind of cheeky British humor that should come with a rimshot upon each reading. Sadly, Marks To Prove It puts all its work into weighty matters instead of incorporating the quintet’s funny bone.

Surely, humor is in short supply when holed up in a claustrophobic two-room studio in south London for two-and-half-years. Guitarist Hugo White even admitted to NME that the band would have called it quits based on the way things were going without the shared history and brotherly camaraderie to keep them tethered to each other. The slow-as-molasses progress and uncertainty over whether the album’s 11 songs would ever come to fruition could do a rookie group in.

All of that pent-up agony gets dispersed in the opening title track. It bursts at the seams with clanging, hyperventilating guitars and pinging keys that cascade like a pixelated waterfall. Orlando Weeks’ simmering vocals keep the energy from spiking too aggressively. In hindsight, it’s a gutsy move to deliver the most memorable offering first when it’s so easy to drag it into a playlist and forget about the rest of the album.

“Slow Sun” comes in as a close second, with brass softly peeking out like rays of light from the horizon and Weeks’ dewy vocals repeating “that’s real love” over and over as a mantra, prayer, and desire all wrapped into one.

But from there, things sink into uninspired devotion to music legends. “River Song” drops in a walloping chorus to upend the droning verses using Leonard Cohen’s “Famous Blue Raincoat” as a guide, minus the endearing cragginess. “Spit it Out” is straight Radiohead fan fiction. Morrissey might be a little extra sour if he comes across “Ribbon Road” and its Smiths aping. At this juncture in the band’s career, The Maccabees should aim higher than pleasant comparisons. Considering the strength of “Marks to Prove It”, they’re clearly capable of hitting that higher mark.