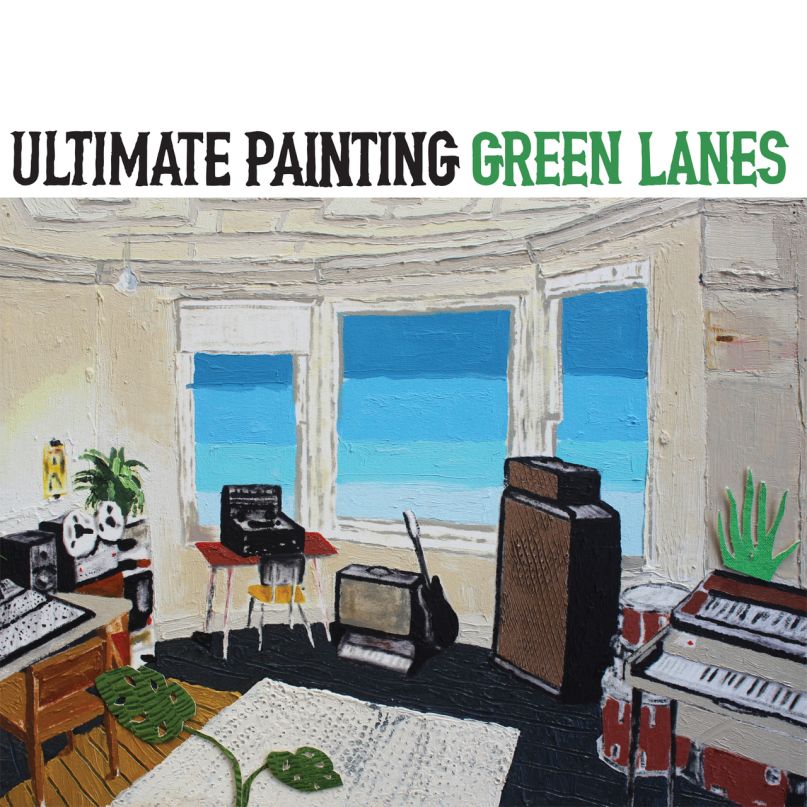 While Ultimate Painting, the duo of Mazes’ Jack Cooper and Veronica Falls’ James Hoare, is a year older (and presumably a year wiser), the duo seems perfectly content with playing the same breezy jangles that garnered them a number of comparisons to The Velvet Underground and pre-psychedelic Beatles. The indie rock outfit’s latest release begins right where last year’s self-titled debut left off: in a hazy fog of mid-tempo nostalgia.

The key difference between this album and the group’s previous effort is the season it embodies. Whereas 2014’s Ultimate Painting was cool and autumnal, Green Lanes emerges into sunlit, summery bliss. Opening track “Kodiak” casts Green Lanes in a warm light by melding plucky uptempo guitars with Cooper’s placid vocals. Admittedly, static, often-incomprehensible vocal delivery makes the lyrics fall to the wayside. But the entire album bears an intentional air of repose, making it clear that Ultimate Painting are in no rush to get through its length — and listeners shouldn’t be either.

The remainder of the sophomore album maintains a steady pace. “(I’ve Got The) Sanctioned Blues” ironically provides a more joyous alternative to “Central Park Blues” off their first record, while “The Ocean” carries beach-friendly vibes through and through. Green Lanes reaches its dull peak of aggression on “Woken By Noises”. With lukewarm talk-singing and only slightly more vigor, Ultimate Painting display seriously limited emotional range.

Green Lanes, like Ultimate Painting, is by no means revolutionary. The record barely strays from the band’s self-paved path, let alone the path of generic indie rock. Cooper and Hoare not only borrow, but fully adopt characteristics of traditionalist rock, like inoffensive lyrics, bland instrumentation, and unfettered nostalgia, all of which makes Green Lanes barely discernible from hundreds of other albums. Ultimate Painting’s professional execution makes for an agreeable listen, but it’s hard to imagine Green Lanes as anything more than a forgettable addition to your “Indie/Alt” playlist on Spotify.