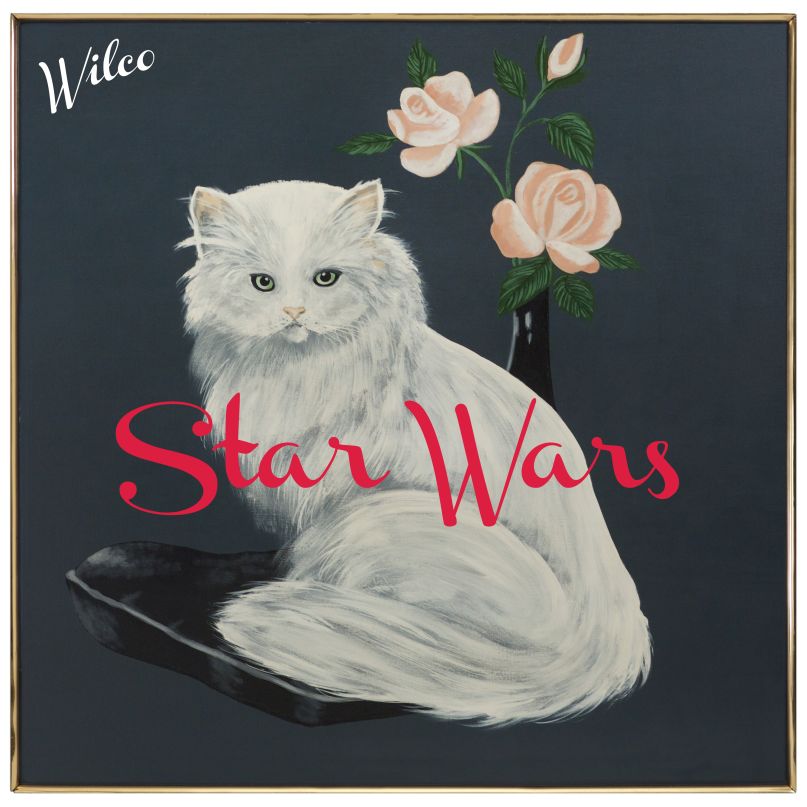 Wilco gets a lot of hard-earned kudos for being one of the best bands of its generation, but it’s worth mentioning that it has also consistently proven to be one of the most interesting. This is a band that loves to keep you on pins and needles, from its insistence on sliding between genres from record to record to the clever and unique ways it finds to keep its mode of operation from running stale. The world is full of great bands, but few try so deliberately to mine some sort of magic out of everything they do.

As it turns out, Jeff Tweedy and company are so adept at surprising people that they even turn relatively unsurprising happenstances into buzzworthy endeavors. The thought of a band randomly announcing the arrival of a free new record on their website shouldn’t raise so much as an eyebrow in 2015, and yet the unanticipated release of Star Wars had the music world’s collective hair standing on end. Coming from a band whose output has rarely been anything short of fail-safe, the excitement was warranted. The question remained whether the record could hold its own against the hype, but there was a sense that the band unmistakably knew what it had on its hands. Wilco eagerly presented its ninth studio effort as a gift, a treat for fans who have waited patiently over the past four years for the band to work out its new slate of songs. Ultimately that is exactly what Star Wars feels like. After tearing off the bow and ripping through the wrapping paper, fans are left with the shaggiest, leanest, and most exploratory Wilco record in years.

Kitten cover art aside, there’s nothing cute about Star Wars — but it is plenty fuzzy. The space theme implied by the title suits these 11 tracks, which drift further out into the experimental realm than anything the band has done previously. The record opens with “EKG”, a short, cranky instrumental freakout of Beefheart-like proportions. Wilco has proven prone to these stabs at the avant, but the opening track is less a diversion and more of a sign of what’s to follow. “More…” and “Random Name Generator” revel in quirky glam rock, while Tweedy’s relaxed vocals sound lost in a hazy stupor on the Bowie-esque “The Joke Explained”. Even when the band appears to straighten out for a few of its patented heart-on-sleeve folk pop tunes, they can’t totally ward off the record’s overt flair for the experimental. Odd guitar effects on the otherwise straight-laced “Taste the Ceiling” give the song a hypnotic kick, while “Where Do I Begin” similarly gets detoured away from Tweedy’s sweetheart folk pop.

The most welcoming thing about Star Wars is how it reclaims a menacing spirit that the band at one point seemed to completely lose sight of. Fans who lamented Wilco’s mellow retreat to Gordon Lightfoot territory in the late aughts should take notice. If 2011’s The Whole Love gently shook Wilco out of its hunky-dory dad rock slumber, Star Wars kicks up some serious musical dirt, meeting and in many cases raising the high bar set by its predecessor. But in contrast to the carefully crafted sonic exercises that preceded it, Star Wars doesn’t sound half as labored. The feeling of the record is looser and more relaxed than anything the band’s done, but the songs are no less commanding of your attention. Whether they’re slipping off into the ether on the gorgeously intricate “You Satellite” or working out the high-brow stoner rock of “Pickled Ginger”, the band makes adventurous guitar rock sound easy. The musicianship boasted by this long-running Wilco lineup has always been something to marvel at, but they’ve never opened up their musical engine and let it roar like they do here. There’s true beauty in listening to the band let its wild side off the leash, and with all apologies to the wonderful warmth of the band’s ’70s pop rock era, it makes you wonder why they ever left their artier tendencies behind in the first place.

With nine records now under its belt, Wilco continue to build their case for being America’s great post-millennial rock band. Simply put, this is the next great Wilco record, one worthy of keeping company alongside the mighty back catalog that precedes it. The record’s impromptu release was surprising; that Star Wars delivered on all of the excitement surrounding it is anything but.

Essential Tracks: “More…”, “You Satellite”, and “Taste the Ceiling”