Billy Corgan addresses his trip to Disneyland: “What the fuck do you want from me?” 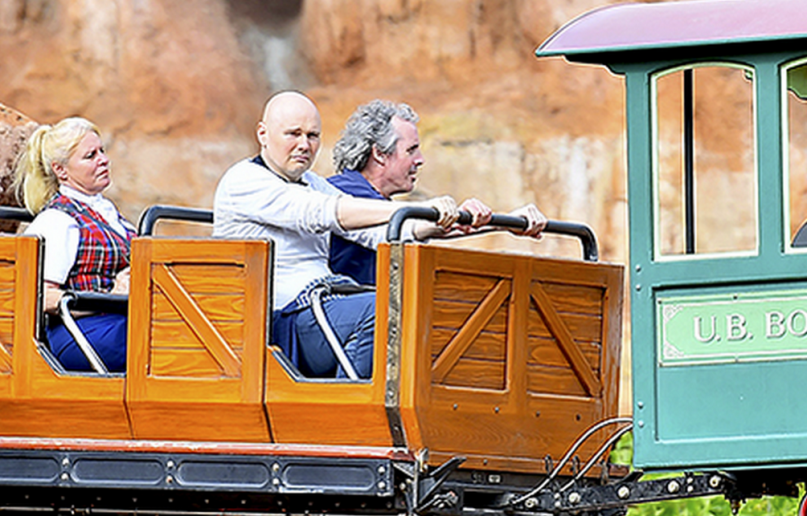 A photo recently surfaced of Billy Corgan looking less than enthused while riding Big Thunder Mountain Railroad during a visit to Disneyland. Understandably, it went viral.

As Alternative Nation reports, Corgan recounted his trip to the Happiest Place on Earth during a recent Q&A with fans. While he did not address the photograph specifically, he did explain the cause for his infinite(?) sadness:

“I literally had somebody say to me the other day, I think it was at DisneyLand: ‘Hey, you don’t seem that into this.’ I was like, ‘I’m at fucking Disneyland. I just want to hang out at Disneyland. I’m not here to do a meet and greet, I’m here to be at Disneyland.’ You know what I’m saying? But it’s almost like, ‘Well you’re here, and I’m here, and because I’m on my vacation, your vacation, you’re part of my vacation.’ It’s like, I’m not working, and I wasn’t being unpleasant, I wasn’t being rude. I was taking pictures with people, I took a picture with every person that asked. But then it gets into, what’s in your head? Like, you’re not smiling enough, or you don’t seem to be enjoying – and I’m like, what the fuck do you want from me?

“That’s when it gets like, are you paying me? On whose dime are we on here? Because we have so much celebrity culture that is servile, ‘I’ll say whatever you want. I’ll make sure I take just the right selfie so I look better than I really look.’ I don’t want any part in that, that’s not interesting. So if that means one person has to walk away and go, ‘He’s doesn’t seem like he’s in a good mood,’ and they never go to a show again, I mean, they’re not really a fan, so that’s just the way it goes.”