Experimental rocker lulls listeners one minute, destroys them the next 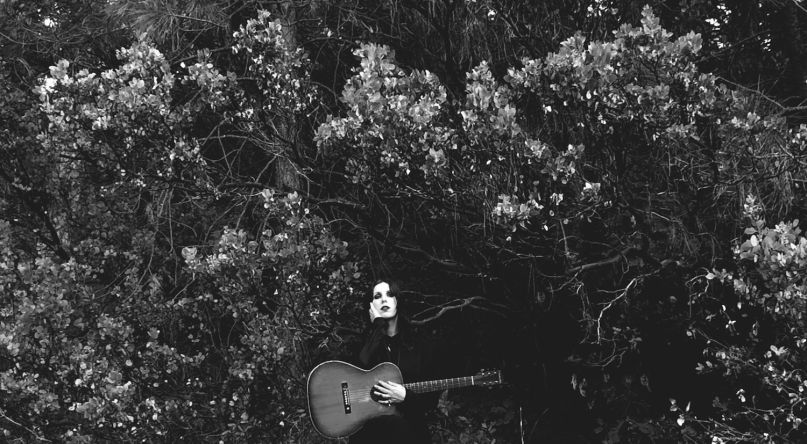 On August 7th, Chelsea Wolfe will unveil her latest record, Abyss. The follow-up to 2013’s Pain Is Beauty will arrive via Sargent House and spans 11 tracks. It’s said to explore heady subjects of “human frailty, intimacy, quiet passion, anxiety, and deep longing” and play out like a soundtrack to “the hazy afterlife.” With just weeks to go before the big release date, Wolfe has shared “After the Fall”.

Wheras previous cuts “Carrion Flowers” and “Iron Moon” sported jarring, mammoth-sized arrangements, the latest song is built from a different formula, wavering between tender dreamscape and all-out haunting. One minute Wolfe is lulling you goodnight; the next, she and a whirlwind of harsh, industrial music comes storming through to level anything in its path. A press release notes that it’s a “dystopian love song that also attempts to capture the frustration of being stuck inside a dream, unable to wake up.”

In support of the album, Wolfe will be touring North America this summer.