Cherie Currie on standing by during Jackie Fox’s alleged rape: “I am innocent”

Runaways singer states she was present, but that it wasn't rape 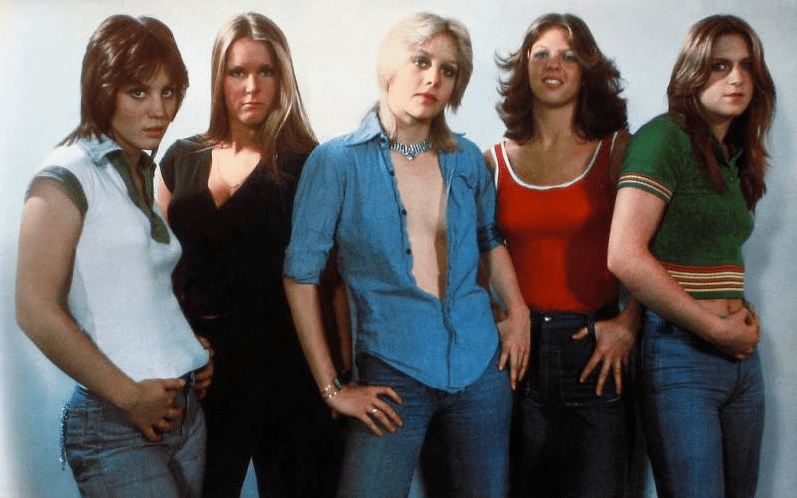 On Friday, Joan Jett released an official statement regarding the Huffington Post piece in which former Runaways bassist Jackie Fuchs, fka Jackie Fox, alleged that she was drugged and raped by manager Kim Fowley while her bandmates looked on. Jett claimed that she “was not aware of this incident,” adding that, “if I was aware of a friend or bandmate being violated, I would not stand by while it happened.” Now, Runaways frontwoman Cherie Currie has released her own remarks on the matter via Facebook.

Currie posted a series of notes regarding the issue, beginning by saying that, “All I can say is if Joan, Sandy and I saw an unconscious girl being brutally raped in front of us, we would have hit him over the head with a chair.” However, in response to a comment pointing out that Currie wrote about a similar incident in her memoirs, Neon Angel, Currie admits that the individual in the book was Jackie. “I was battling Jackie and her lawyer for a decade with that chapter. Jackie was altered.”

She goes on to insinuate that the scene Fuchs has referred to as rape was actually consensual. “I didn’t know her well at that time. I also know that young girls slept with older man far more then date of their own age. It was the 70’s culture. Some things had to be altered in that chapter but if I had for one minute heard Jackie say stop instead of acting like an active participant I would have cracked his skull.” She continues, “That night was traumatizing to me because I had never witnessed such a thing. That was why I had to write about it even with not using Jackie as part of it. She had me dropped from my book deal in 2000 because of her legal threats to the book company. Statutory rape is rape by law. But no 16 year old girl is going to be able to stop something that neither party seemed to want to stop. I left in disgust but I faced Kim with no support from Jackie. The timing sucks and I am being accused of watching ‘a brutal rape’ and doing nothing.”

(The commenter later said he re-read the chapter from Neon Angel and realized it is not “identical” to the Huffington Post story; still, Currie is upfront in saying that the chapter was altered to protect Jackie and Jackie’s identity. In the book, the “victim” is a fictionalized groupie who actually encourages Fowley.)

In a later post, she says she will attempt to take a lie detector test to show that she is innocent of the crime of watching a rape and doing nothing to stop it:

Finally, Currie linked to an old post from Fuchs’ blog in which she discusses the legal action she took over Neon Angel. In the post, Fuchs said of the band’s managers, “Did they ever drug us or force anyone to have sex with them? Not that I ever saw.” However, she has since said she was not yet ready to come forth with the truth at that time.

Another commenter again pointed out the apparent contradictions between what Currie is saying now and what she’s written in the past. In response, Currie more clearly states that the sexual incident occurred, but that she does not think it was a drugged or forced rape. “I’m not denying statutory rape. It happened in that room. Just not the way Jackie said it happened,” she writes. “Different culture, different time and I never saw a band member date a man under the age of 18. I hated him for years for so many reasons (I was the only member the IRS came after when I was 17 and I had to pay 20,000 in taxes for money I never made. Took me 13 years to pay it off) but I realized that it hurt me far more then it hurt him. I forgave him.”

Currie took part in the original Huffington story, telling reporter Jason Cherkis that she “spoke up and stormed out of the room,” and that “the girls, who were then all 16 and 17, never talked about how to handle the rape. There was no decision or strategy. The unspoken rule was simply, ‘you forget it and you move on,’ Currie explains. ‘I pushed it out of my mind the best I could.'” It would seem that Currie is now claiming she was talking only about the public sexual display, and not something she considered rape.