Yet another classic cartoon coming to life via the Disney machine 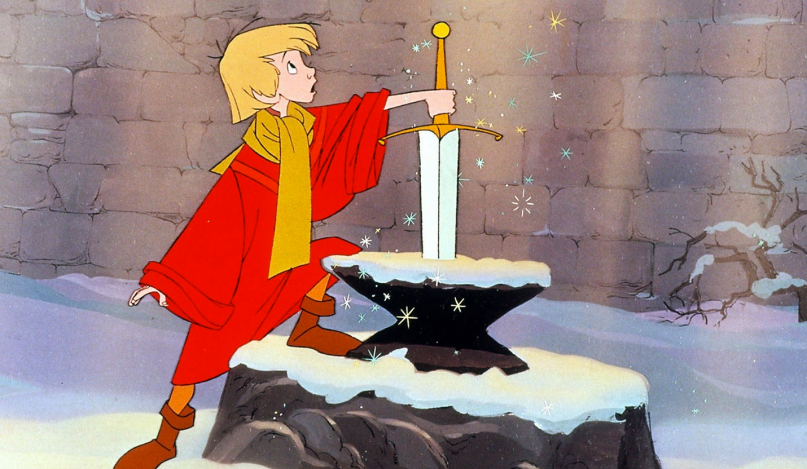 Because why work on one live-action adaptation of a classic cartoon when you can do them all at once, Disney has put into a motion a remake of their classic animated feature The Sword in the Stone. The Hollywood Reporter reports that Game of Thrones writer/producer Bryan Cogman, who’s also working on Fox’s adaptation of Magic: The Gathering, will write the script.

Brigham Taylor will serve as producer, a role he’s also handling for Jon Favreau’s live-action retelling of The Jungle Book.

The original film was based loosely on the novel of the same name from T.H. White’s The Once and Future King series. Released in 1963, the animated movie was the last such feature released prior to Walt Disney’s death.

For those keeping score, here’s a rundown of all the live-action remakes Disney currently has in the works: Besides The Jungle Book, Tripp Vinson is producing both Prince Charming and the Aladdin prequel Genies, Emma Watson is attached to play Belle in Beauty and the Beast, Reese Witherspoon will play the title character in the Peter Pan story Tink, Time Burton’s working on a Dumbo feature as well as a sequel to his 2010 Alice in Wonderland dubbed Alice Through the Looking Glass, and adaptations of Mulan, Pinnochio, and Winnie the Pooh are all in various stages of development.

By our count, The Sword in the Stone makes for a total of 11 former cartoons Disney is currently bringing to life.