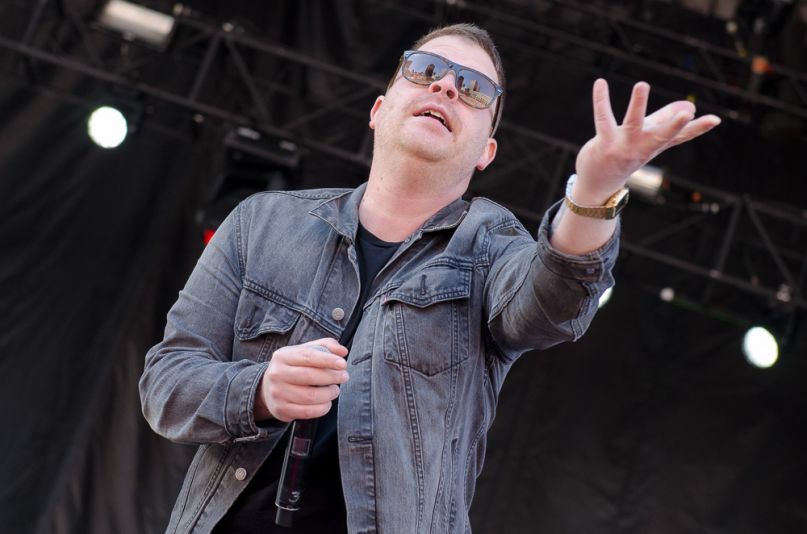 Every so often, two really awesome things will come together to make an equally awesome pair. Take peanut butter and jelly, weed and rice krispie treats, or Killer Mike and El-P’s Run the Jewels project for example. Now El-P has teamed up again, this time with director Josh Trank, as the two announced yesterday via Twitter that El-P scored the end credits for Trank’s upcoming superhero flick Fantastic Four.

The film, due out August 7th, is a gritty reboot/adaptation of the superhero team-up film. Seeing as how El-P knows how to churn out similarly tenacious masterpieces — his music has always delved into the darker places, with beats that sound like they clawed their way out of hell — the collaboration reads like a match made in music/film heaven.

yes, I scored the end credits for the new fantastic 4. thanks, @joshuatrank

also my brother @littleshalimar contributed to the fan 4 song. we worked hard on it.

After revealing the music news, El-P also shared a few since-deleted thoughts on the movie, as Pitchfork points out. “I saw the new fan 4 like 5 months ago and it’s fucking good. funny watching people be freaked out about it knowing this,” read one tweet.

Another alluded to the darker tone of the film, saying: “put it to you this way: the new fan 4 makes the last fan 4 look like the fan 4 your little sister imagined when she was 4.” For those who don’t remember (or chose to forget), he’s referring to the 2005 and 2007 Fantastic Four films starring Ioan Gruffudd, Jessica Alba, Chris Evans, and Michael Chiklis.