Gripping double-feature visual comes in support of How Big, How Blue, How Beautiful 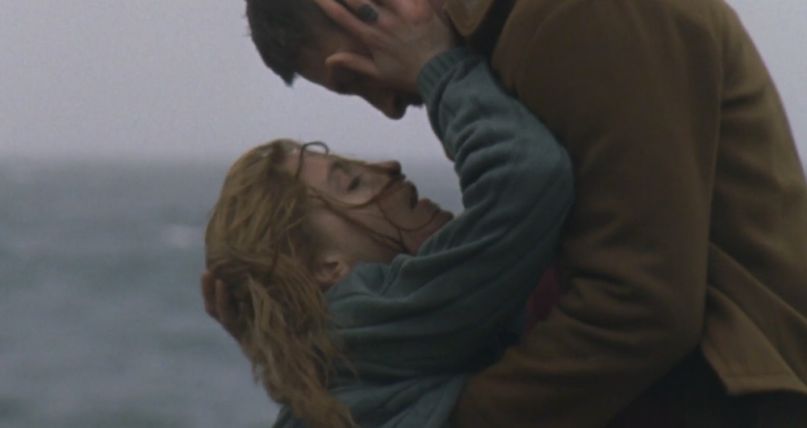 Florence and the Machine have revealed an epic double-feature video for How Big, How Blue, How Beautiful tracks “Queen of Peace” and “Long & Lost”.

Directed by Vincent Haycock, the clip stars frontwoman Florence Welch as she faces a violent group of people intent on brutalizing a town in the Scottish countryside. Despite bloody skirmishes and broken relationships, the 10-minute video features some rather gorgeous cinematic visuals (filmed on Easdale Island), as well as a powerfully emotive performance from Welch herself.

Haycock, who’s helmed the band’s videos for “St. Jude”, “What Kind of Man”, and “Ship to Wreck”, spoke about the new clip in a press release:

“We filmed ‘Queen of Peace’ and ‘Long & Lost’ in Scotland, one of my favorite places I’ve ever been to or filmed. The coast of Scotland is breathtaking, beautiful and harsh, an aesthetic mix that both Florence and I have been very interested in during the making of these videos. The Scottish people are amazing and especially the town of Easdale, the small island that we lived on and filmed. We shot in the winter and it was cold, brutal and endlessly inspiring, which I think really helped the story of Florence’s struggle with her family, the younger innocence vs. the feuding violence of the men around her, etc. The end of the video was done in a single take, at the very last seconds of light during a stormy barge ride on a freezing sea. The effort and focus on both the actors and crew was so amazing, Florence delivers one of my favorite moments to date and it’s one of my proudest technical and narrative accomplishments.”

The UK natives, who recently headlined at both Governors Ball and Glastonbury, will be on tour all this summer. Check out their full itinerary here.