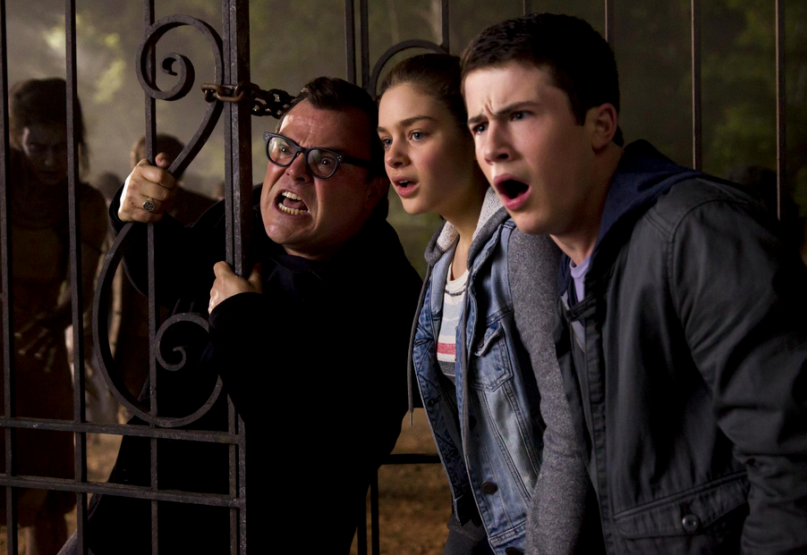 The horrific and oft-hilarious world of R.L. Stine comes to life in the new trailer for Goosebumps. Directed by Rob Letterman (Shark Tale, Gulliver’s Travels), the film follows a group of teenagers who sneak into the mysterious house owned by Stine, played by Jack Black. Unknowingly, they also invite all of the author’s penned monstrosities into reality, from the abominable snowman to the living dummy to even those pesky lawn gnomes. Based on the trailer’s chummy action horror, it would appear that writers Darren Lemke, Scott Alexander, and Larry Karaszewski ripped a page or two from Fred Dekker’s iconic 1987 cult classic The Monster Squad.

Alongside Black, the film also stars Jillian Bell, Amy Ryan, Ken Marino, Kumail Nanjiani, Dylan Minnette, and Odeya Rush. Goosebumps hits theaters on October 16th via Columbia Pictures, which should make for one hell of a nostalgic Halloween season. Here’s the one-sheet poster to behold, too: