HAIM and CHVRCHES’ Lauren Mayberry had a silly chat, which they thankfully recorded — listen 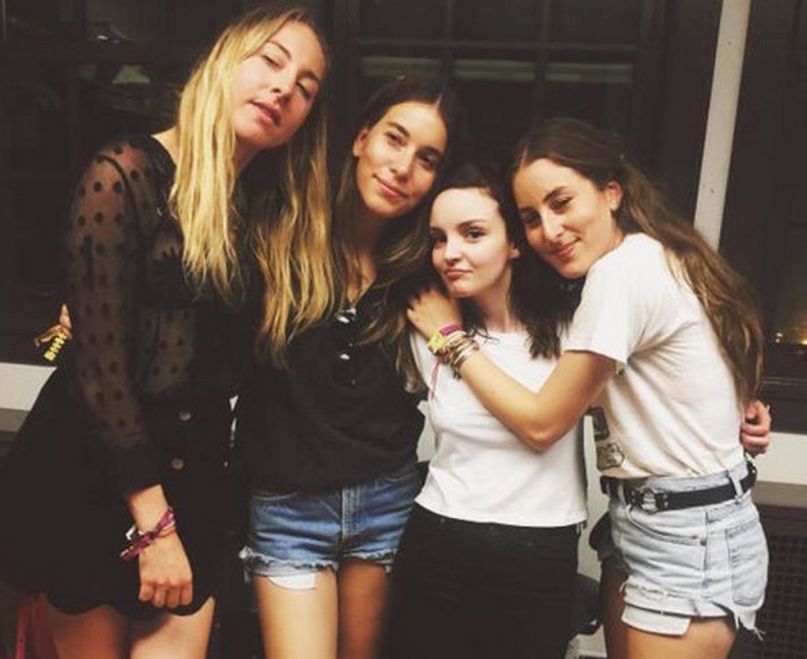 During some downtime at Pitchfork Music Festival earlier this month, HAIM and CHVRCHES frontwoman Lauren Mayberry got together to hang out backstage. As friends usually do, they all proceeded to shoot the shit, discussing fun topics like the proper pronunciation of “GIF,” awesome hairstyles, and what it’s like to be hit in the face with a beachball while performing on-stage. The Talkhouse podcast was on hand to catch all the chatter and you can stream the entire conversation below.

Despite traveling in the same circles — they both contributed to the Lorde-curated soundtrack to The Hunger Games: Mockingjay Pt. 1  — HAIM and CHVRCHES have yet to actually collaborate. The closest thing to a joint track was CHVRCHES’ cover of “Falling”, which is certainly worth a revisit.