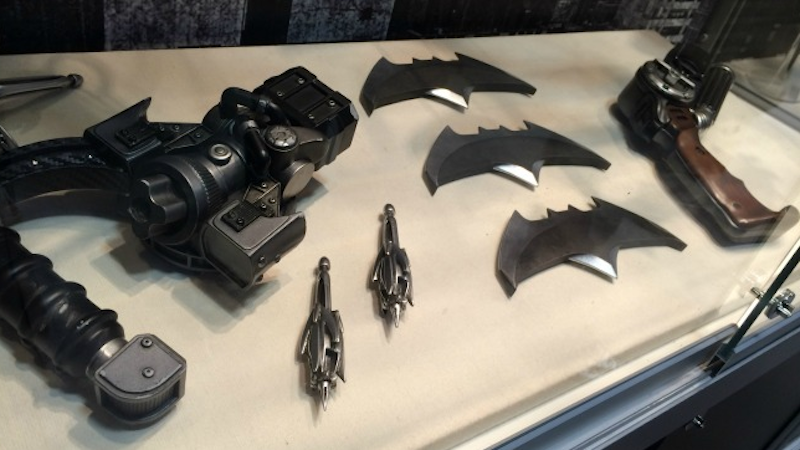 San Diego’s Comic-Con International got underway today, and pictures of all the geeky goodness on display has been flooding the internet. Though Warner Bros. and DC Comics won’t have their big Batman v Superman: Dawn of Justice presentation until Saturday, they’ve already shared a load of new peeks at the film.

Perhaps most exciting of all the props on display were our first looks at the weapons Ben Affleck will be chucking around as Batman. Above and below, check out pictures (via The Hollywood Reporter) of the new batgrappling gun, batgrenade launcher, and of course the famous batarangs. Comingsoon.net has also shared some close up images of the costumes being shown, including the outfit Gal Gadot will wear as Wonder Woman, as well as a different look at a few of the batgadgets.