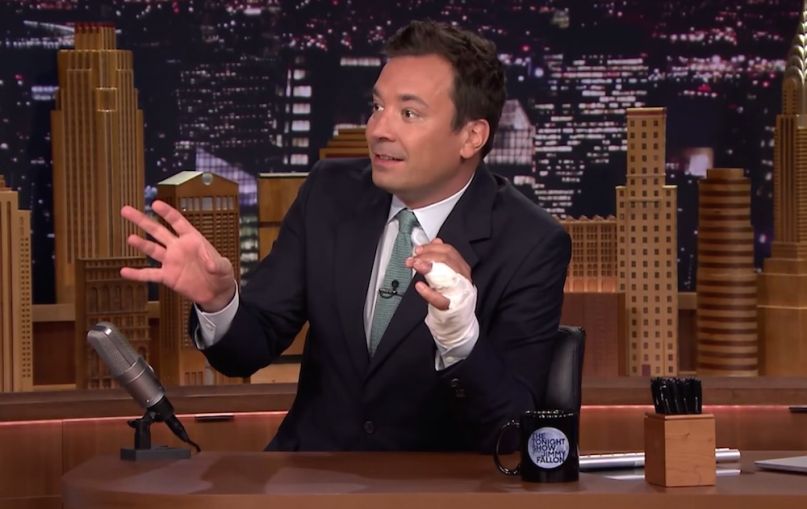 Monday evening, Jimmy Fallon returned to The Tonight Show stage for the first time since his hand injury last month. Though most of his left hand was wrapped in bandages, the comedian seemed to be in good spirits even as he explained the gruesome and unfortunate accident that landed him in the hospital.

According to Fallon, he suffered “ring avulsion” when his ring got caught on something on his countertop and forced his finger to incorrectly bend sideways. To repair the damage, he underwent a six-hour microsurgery at New York’s Bellevue Hospital Center, which entailed using a vein from his foot to properly connect things in his finger. The late-night host was then put in intensive care unit for 10 days and it’s likely he won’t have any feeling in his finger for at least eight weeks.

As cringe-worthy as the whole ordeal sounds, it seems Fallon lucked out. “Apparently, the odds aren’t great, and usually they just cut your finger off,” he said. Watch him recount the painful experience below.