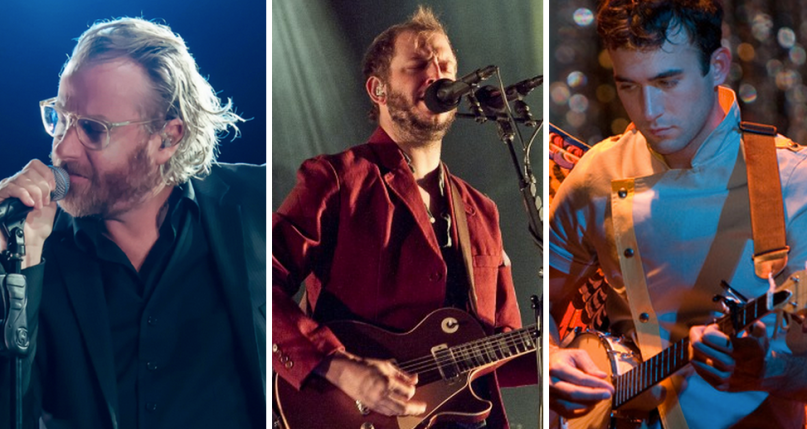 The inaugural Eaux Claires Music Festival, curated by Bon Iver’s Justin Vernon, goes down this weekend in Vernon’s hometown of Eau Claires, Wisconsin. The National were billed as Friday night’s headliners, but they were hardly at it alone.

Both Vernon and Sufjan Stevens made appearances during The National’s set. Stevens joined the band for “Afraid of Everyone”, “Squalor Victoria”, and “I Need My Girl”, Vernon guested on “Slow Show” and “Terrible Love”, and both men appeared during the set’s finale performance of “Vanderlyle Crybaby Geeks”.

Check out a few Instagram video clips and photos below.

@ntnl + Sufjan Stevens + Justin Vernon. Priceless moment. While not the most melodic rendition I've heard of #VanderlyleCryBabyGeeks, it was filled with passion and an amazing experience. 🌳🎶🎤🌳 #eauxclaires #musicfest #gratitude

The National, Sufjan Stevens, and Justin Vernon all sharing a stage at Eaux Claires. Musical dreams do come true!