Against Me! singer talks being transgender in the punk scene, family life, and more 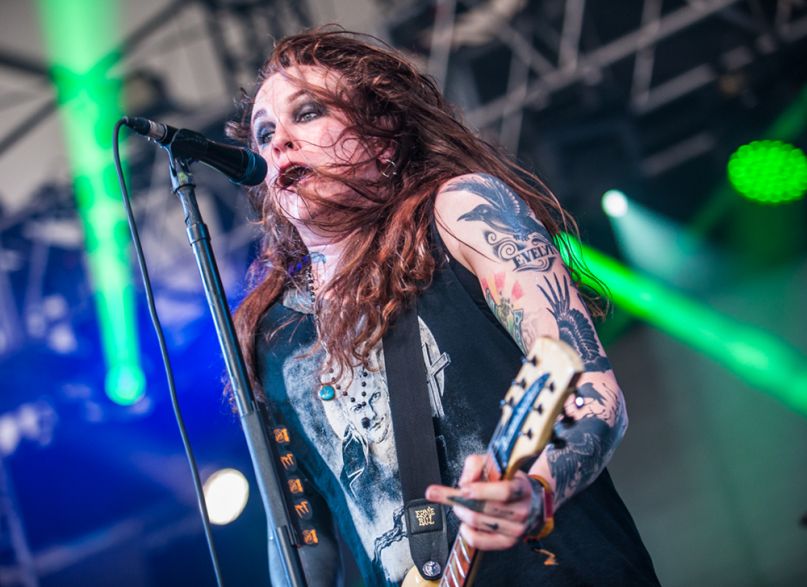 Against Me! // Photo by David Brendan Hall

Marc Maron has nabbed a score of big-name interviews as of late, from Mick Jagger to sitting POTUS Barack Obama. His latest may not come with that kind of immediate prestige, but the conversation he has with Laura Jane Grace is no less engaging.

The Against Me! frontwoman touches upon a lot of issues facing her as a transgender woman — from divorce, to dropping out of touch with her father, to being the trans leader of a punk rock band. She also discusses growing up in a military family, finding shelter in music, and getting convicted of two felonies before turning 16 years old. Grace also reveals that, as she struggled to transition in the public eye and deal with a parasitic infection that interacted with her hormone therapy alongside a crumbling marriage and tribulations within the band, she had attempted suicide a year after coming out.

Though occasionally awkward as Maron tries to fumble through the proper way to discuss certain aspects of Grace’s situation, it ends up being an incredibly open and honest talk, and well worth a full listen. To think the whole thing started when a copy of Transgender Dysphoria Blues mysteriously ended up in Maron’s hands and he sent an innocent tweet out to Grace. Take a listen to the episode over at Maron’s official site.