Listen to “Meowrly”, the first song from Run the Jewels’ Meow the Jewels album

Fan-funded remix album is made up entirely of cat sounds 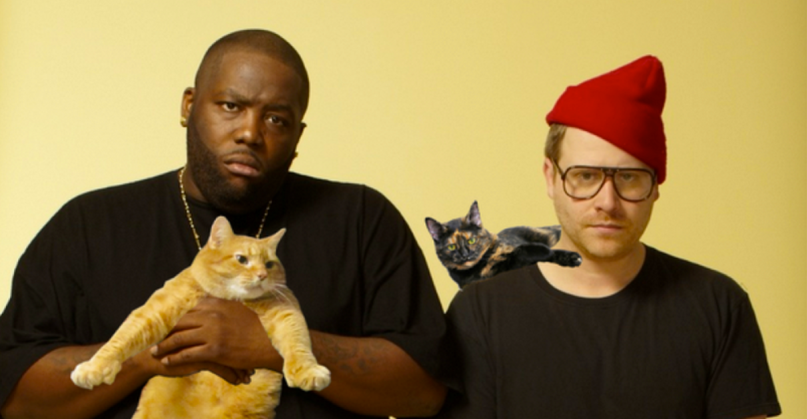 The sophomore episode of Run the Jewels’ Beats 1 radio show included a catastic surprise. El-P and Killer Mike offered fans the first listen of Meow the Jewels with “Meowrly”. Listen below.

The fan-funded remix album of 2014’s RTJ2 is made entirely of cat sounds, with contributions from Portishead’s Geoff Barrow, The Alchemist, Boots, Dan the Automator, Just Blaze, Baauer, and Prince Paul, among others.

Update – Thursday, July 23rd: Over a series of tweets, El-P revealed that Meow the Jewels will be available as a free digital release along with a limited-edition vinyl, hopefully in September. Additionally, he confirmed Massive Attack as the latest album contributor.