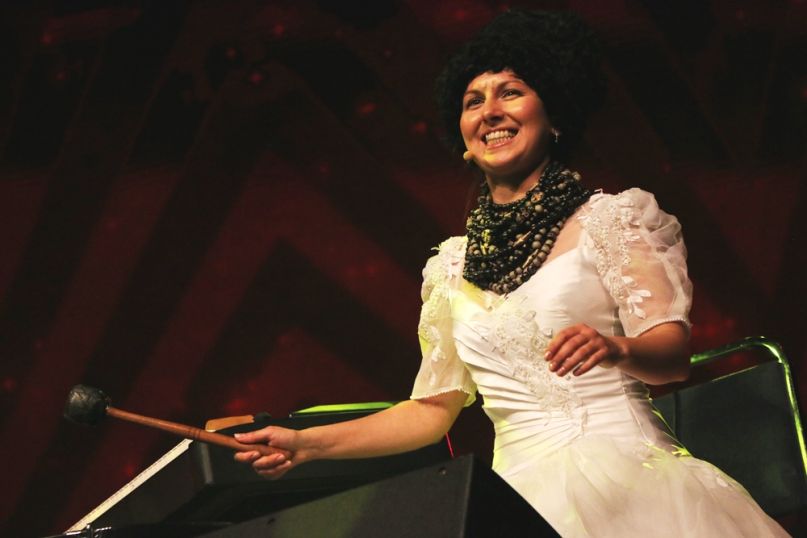 It’s nearly impossible to succeed in the mainstream when you’re writing world music. Well, at the very least in America. Buena Vista Social Club, Fela Kuti, or Huun-Huur-Tu are the few exceptions to the rule, and even then, a handful of Americans haven’t heard of them. Culture is culture, and it doesn’t always ring true to you if you didn’t grow up in a similar environment. For that, no one can be blamed.

Naturally, loving any kind of musical genre comes down to familiarity. If you grow up in a household blasting classic rock, you’re used to overdramatic guitar solos. If you grew up scanning pop radio, then the predictability of melodic choruses hits home. If your parents always played folk music, then the monotony of lonely guitar songs don’t bore you. Every genre has its weak point to those who don’t feel it in their blood. World music, the sprawling umbrella term for various styles of music from non-Western cultures, is a genre that struggles not in making itself accessible to others, but in proving why the unfamiliar is worth lending an ear towards. Music should be like that no matter what the genre, but in America, world music is gypped from mainstream coverage. For Ukrainian quartet DakhaBrakha, proving they’re worth your time is taken care of in a matter of minutes so long as you give them a chance..

Before they played a single note, DakhaBrakha dropped an air of intrigue over the crowd thanks to their apparel. Nina Garenetska, Marko Halanevych, and Olena Tsibulska each wore white, detailed, puffy wedding dresses that billowed out from their waists. Towering on top of their heads were rectangular, black lamb-fur hats. Around their necks sat a dozen wooden-beaded necklaces. It’s an outfit that could easily have been picked by a child who went rummaging in the upstairs attic. The three sat in chairs equally distanced at the front of the stage. To their right sat Marko Halanevych. Sporting a black tunic with gold paisley swirls and a bald head, his outfit fell in line with what was expected: comfortable, worn, semi-formal attire. Together, the four looked adult-sized children eager to play for their parents after working all day on a song. The key to their ambiance? The bright smiles they flashed at the crowd from beginning to end.

DakhaBrakha’s music doesn’t take the easy route, either. Many songs begin slowly, often by one person, repeating a chord on the accordion or gentle buzz of a single cello note that’s equivalent to stirring a pot of water that was just put on the stovetop. All four of their heads sway gently, preparing for what’s to come, while they add a note where they see fit: a soft tap on the tom-tom, a trill on the piano, a bass note barely scraped on the edge of the cello’s string. Then, a minute later, things are layered. It’s sped up and there’s yelling and cheering and arms in the air. They’re exchanging glances with a smile spread ear to ear. DakhaBrakha’s music is a beautiful mixture of sweet and tart, pouring gypsy jazz into the same sheet music as native calls and soul-driven yelps, where it surfaces as an intricate combination of avant-garde fashion and soulful harmonies. Best of all, you don’t need to know the words to feel their spirit lift you up.

One song in particular blends their genre all the more. The “Karpatsky rap” employs a twanging sound and backstreet accordion in a dark manner, pooling rustic cello with lurking percussion. Garenetska, perhaps the sweetest of the four based on how frequently she laughed mid-song, began the rap while playing her cello. The rest joined in, harmonizing over the spoken word part, creating a dizzying story not of revenge or urban tales, but of a prospective bride’s disappointing suitors. By the time the chorus opened up, they tilted their heads back and sturdy notes flew from their chests, echoing all kinds of hearty tonal qualities rarely heard in Western music.

That dark, tilting sound lit everyone with a curious joy, especially those flaunting their heritage. A small group of ten or so people gathered in the middle bearing dorm-sized Ukraine flags, blue and yellow beaded necklaces, and table-top flags on sticks. During slower numbers, they waved their flags in the air, swirling in a beautiful motion to block the stage with an opaque color block. It’s the type of energy you see at a soccer event. Pride pulsed through their veins for their blood relatives or faraway homeland, rubbing off on those around them in the most delightful way. There’s a difference between appropriation and appreciation. DakhaBrakha deserved, and received, the latter.

Meanwhile, on a different stage, Primus played through Primus & the Chocolate Factory with the Fungi Ensemble. Even though hey pumped air into three-story-tall inflatable mushrooms and stuck giant lollipops behind them on stage, fans old and new still clamored around in awe. The stage decor was weird. Their funk metal sound was weird. Les Claypool’s voice alone was a lot to handle. If we can rally a massive cult behind them, a notably offbeat and marvelously bizarre act, why can’t we get behind DakhaBrakha? As of today, they have one new devoted fan. I can only hope more follow suit.