Plus, a Q&A with the rising low-end assailant 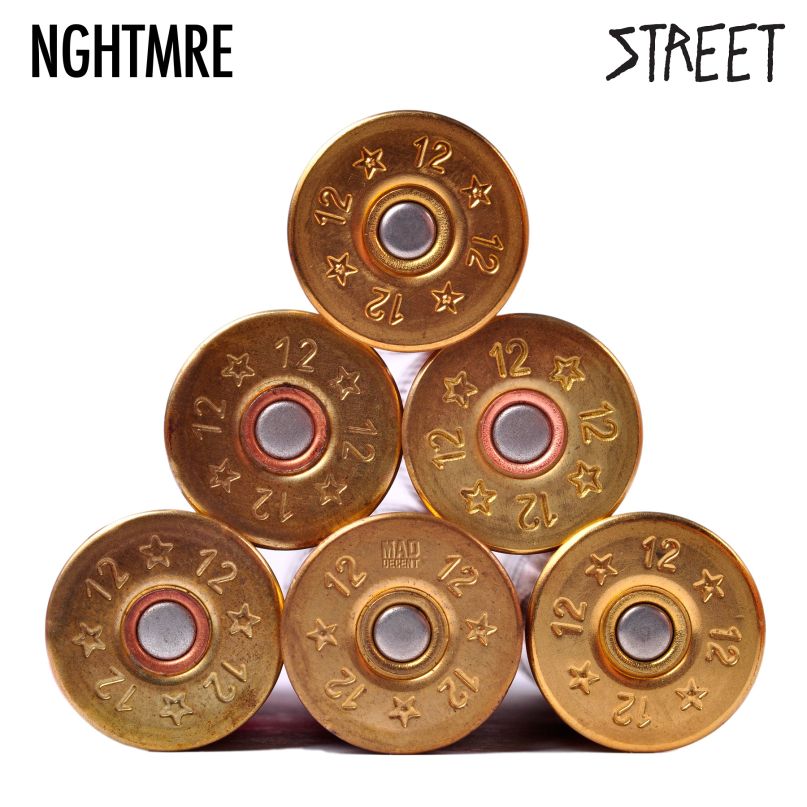 Now, after months of being blasted from festival stages around the world, NGHTMRE has officially released the track for your home-listening pleasure. Following the stream, be sure to check out a quick Q&A with this determined low-end assailant about “STREET”‘s origins, and what’s next for NGHTMRE.

For those not familiar with the NGHTMRE alias, when did it start taking shape? Have you always been based in LA?

I actually grew up and went to college in North Carolina. My nickname growing up was always Tmare, my name is Tyler Marenyi. So, when I started producing back in 2009 I just decided to use that as my alias. Then after I graduated from college, I decided to move to L.A. to attend Icon Collective. Once I was nearing the end of Icon and I was finally happy with how my tracks were sounding, I decided to re-brand as the name NGHTMRE [nightmare] because it’s one of the only words with tmare in it.

“STREETS” started to surface at the end of March; when did you first start tackling the project?

I made it sitting in my room in February this year. As soon as I finished, I sent to Snails and he put it in his Snailed it mix which really helped it get some buzz.

Thoughts when Skrillex dropped it at Ultra (his only new ID of the headlining set)?

It was pretty surreal. I’ve looked up to that guy for a long time and witnessing him play my track main stage was insane. Fred [Snails] had told me that Sonny [Skrillex] asked for the track from him, but I didn’t know if he would actually play it in his set, I was just hoping, so it definitely caught me off guard a little bit.

How does it feel to be part of the Mad Decent machine with the new release? Must feel like a dream to have the support of both Skrillex and Diplo?

Yeah! Both guys are absolute legends and probably the number one inspiration for my music, and Mad Decent & OWSLA are my two favorite record labels. Definitely feels amazing to have them both on my side.

Are you prepared for the onslaught of unofficial remixes? Any tips for would-be producers?

[Laughs] Not sure if I’m fully prepared. For producers, one thing I always make sure to do with my tracks is have great sounding drums and low end/sub-bass. If you can, take out your melodies/chords/lead synths and listen to just your drums/bass and if your track still rocks, then you know you’ve got a good foundation for creating a solid track.

What’s next for NGHTMRE?

The NGHTMRE EP will be coming soon and hopefully for free. I want to have everything on there, from trap to house to R&B. I even sang on one of my tracks recently so that will probably be here too. So excited to show you guys everything I’m working on!!

Download “STREET” now via iTunes and check out NGHTMRE and “STREET” live at the following dates.