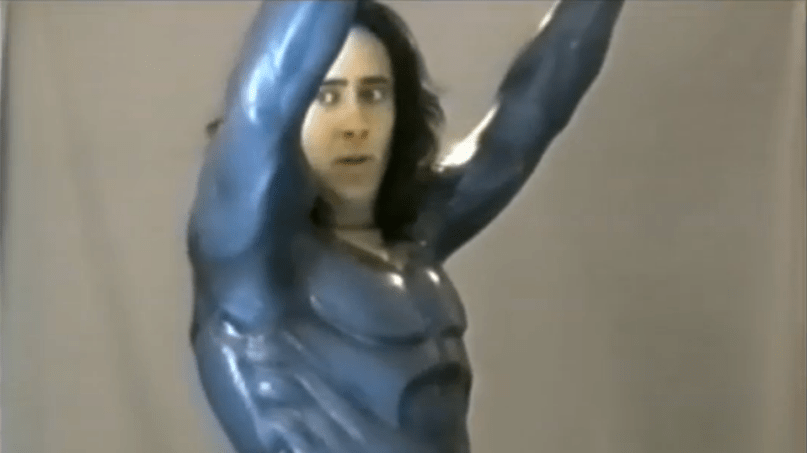 In the 1990s, Tim Burton was attached to direct a Superman film called Superman Lives, in which none other than Nicolas Cage was cast to play the Man of Steel. Yes, the dark-haired dream boat of Ghost Rider fame almost played Superman. Tragically, Warner Bros. canceled the film before it went into production

Twenty years later, a new fan-funded documentary tells the story of what could have been. The Death of Superman Lives: What Happened? features interviews with Burton and several others involved in the film as well as concept art and test footage. It’ll be available to watch online beginning July 9th, but the LA Times has gotten its hands on one particularly great clip. It’s test footage of Cage wearing Superman garb. Watch here.

The film was rewritten several times, with both Kevin Smith and Dan Gilroy taking a shot at the script. However, the basic premise revolved around the death of Superman at the hands of Doomsday, only to be resurrected after his soul enters the body of Lois Lane. She soon gives birth to his child, who grows into the body of a 21-year-old in the span of three weeks.

The next Superman film, Batman v Superman: Dawn of Justice hits theaters on March 25th, 2016. But let’s be honest: without Nicolas Cage, how can it possibly meet our expectations?

Watch a trailer for The Death of Superman Lives below.