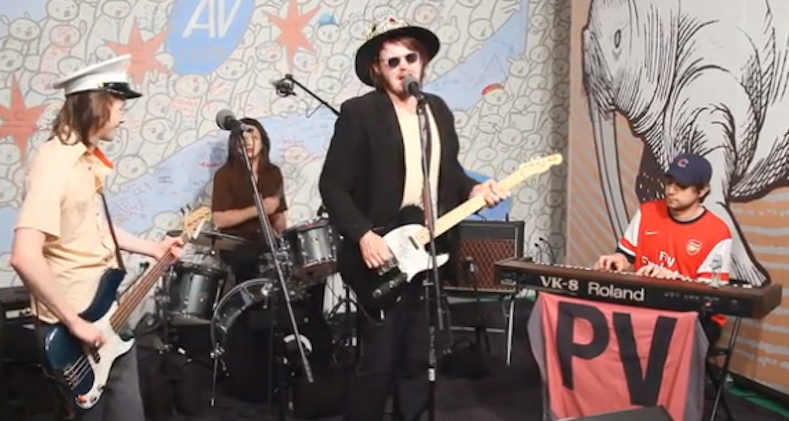 AV Undercover often delivers some wonderfully unexpected covers, like Screaming Females’ take on T. Swift, or They Might Be Giants complaining about “Bills, Bills, Bills”. Other times, they just stumble onto a bit of kismet, like Benjamin Booker’s rendition of Patsy Cline’s “Walkin’ After Midnight”. This week’s installment is one of the latter category.

London’s Palma Violets had only to look north to find their song of choice — well, north and two decades back. With clear reverence for a home country classic of Alt Rock College Radio, the quartet added a bit of garage rock shamble to James’ 1993 hit “Laid”. Alright, so Samuel Thomas Fryer’s voice doesn’t ring quite as pretty on the “ahh eee!” bridge as Tim Booth’s did, but “Laid” is all about those naughty verses anyway. Check it out below:

Palma Violets’ latest LP, Danger in the Club, is out now via Rough Trade.