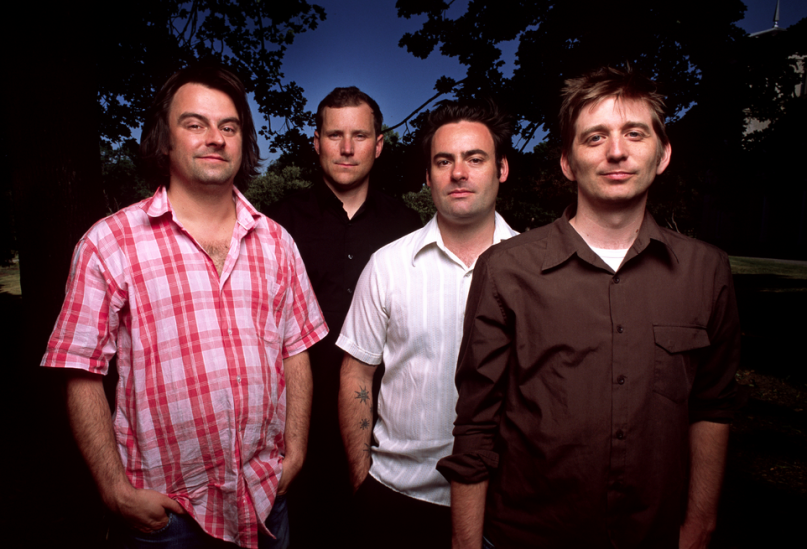 Well, The Weakerthans are kaput. After close to 18 years of touring and writing songs, which produced four solid studio albums starting with 1997’s Fallow and ending with 2007’s Reunion Tour, the Winnipeg outfit has decided to close up shop. Drummer Jason Tait announced the news today rather unceremoniously on his Twitter account:

Word is getting out that The Weakerthans are done. Here's the song we used to take the stage to for years. Bye bye. https://t.co/00jrQ0oNNJ

Of course, nothing is ever truly dead in this day and age, and they’re all young folks, so it’s not entirely out of the question that the Canadian indie rockers will stroke our tender hearts in the years ahead. For now, however, fans will just have to start subscribing to singer John K. Samson’s solo work or hope that they all record with Jim Bryson again.

The Weakerthans formed in 1997 after Samson left punk band Propagandhi and started collaborating with bassist John P. Sutton and Tait. That year the band would release their debut album, Fallow, on G7 Welcoming Committee Records to much acclaim. Guitarist Stephen Carroll later joined and the expanded quartet dropped their followup, Left and Leaving, in 2000.

It wasn’t until 2003, however, that the band hit it big with their Epitaph Records debut, Reconstruction Site, which remains their best selling album to date. A year later, Sutton would be replaced by Greg Smith, who would appear on the band’s 2007 studio album, Reunion Tour. Their last proper release, however, was 2010’s Live at the Burton Cummings Theatre.

Revisit “Watermark” below and try not to cry.