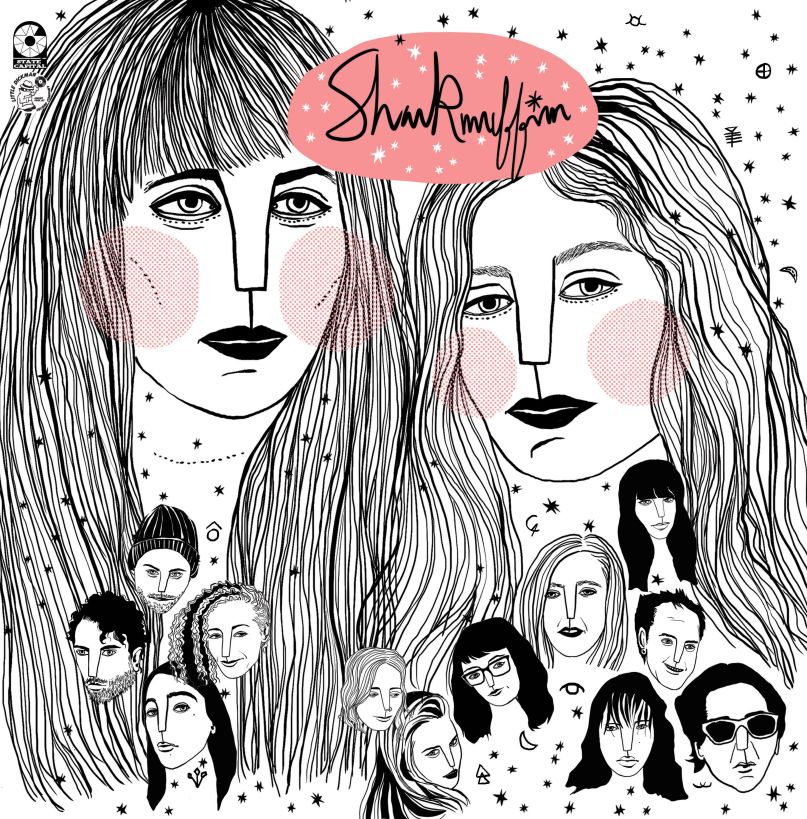 Garage rock outfit Sharkmuffin may officially hail from Brookyln, their roots started over in nearby Asbury Park, New Jersey. It was there during an inspired jam session in 2012 that guitarist Tarra Theissen and bassist Natalie Kirch realized their musical chemistry and decided to perform together. The next year they’d surge into their career, releasing a self-titled 7-inch and two EPs. After another year of hard work, they’re set to release their debut album, Chartreuse, on August 7th via State Capital/Little Dickman Records. In anticipation, it’s streaming in full below.

Thiessen and Kirch have been the group’s two consistent members, with a slew of drummers coming in and out of the band. For Chartreuse, they enlisted former Hole and current Death Valley Girls drummer Patty Schemel. A press release describes Schemel’s contribution as marking “a whole new era in their style of music,” adding, “The noise-punk-meets-psychedelic power pop group has evolved their sound on the new album and the result is a full length filled with ten tracks of commanding hits.”

The 10-track album poses the band as new punks with old school sensibilities. Songs transition feverishly, jumping between distorted romps to skittering anthems. Theissen and Kirch never linger on an idea too long, most clocking in around two-minutes. Tracks like “Tampons Are For Sluts” and “First Date” show just how brash and unapologetic they are. As their name implies, this is a vicious band with plenty of teeth.

“Chartreuse is about Natalie Kirch & my favorite color and explores the theme of secrets that are hidden in plain sight,” Theissen tells Consequence Of Sound. “The cover is an illustration [by Alex Citrin] of the Sharkmuffin gang at a slumber party, including every drummer who has learned these songs and played at least one show with us.”