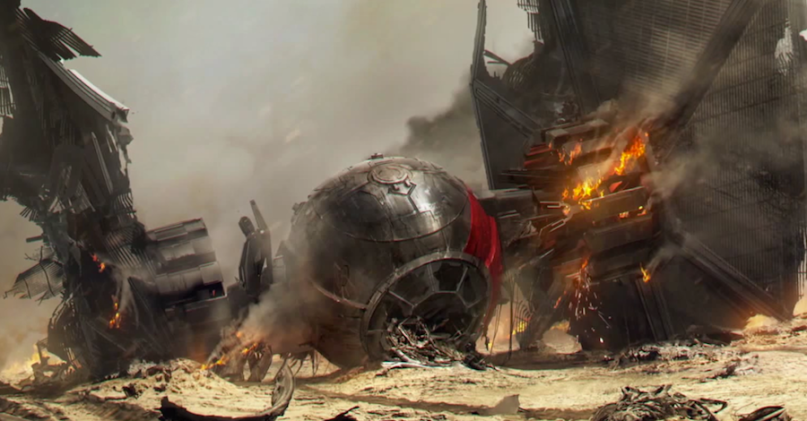 Comic-Con is in full swing and San Diego, and Friday’s Star Wars: The Force Awakens panel went down on Friday evening. As a treat to fans, new behind-the-scenes footage was shown, and the nearly four-minute clip has since come online.

Ostensibly, the clip is an emotional promise to fans, with filmmakers like J.J. Abrams and cast members like Oscar Isaac, Daisy Ridley, and John Boyega professing their love for the Star Wars universe. Most exciting of all, however, is a first look at actors Mark Hamill, Carrie Fisher, and Peter Mayhew (the man inside the Chewbacca suit), as well as a tease of the cameo from Simon Pegg. The clip also features a look at the film’s reliance on practical effects, including shots of the druids, the Millennium Falcon, X-Wings, and for the first time, the new TIE fighters.

It’s enough to give you goosebumps. Check out the footage below.

The seventh entry in the Star Wars film franchise and the beginning of the third trilogy hits theaters on December 18th, 2015. In addition to those mentioned above, Adam Driver, Andy Serkis, Domhnall Gleeson, Max von Sydow, Lupita Nyong’o, and Gwendoline Christie all star in the film. Others rejoining the cast from the previous films include Harrison Ford, Anthony Daniels, and Kenny Baker. John Williams is once again helming the score.