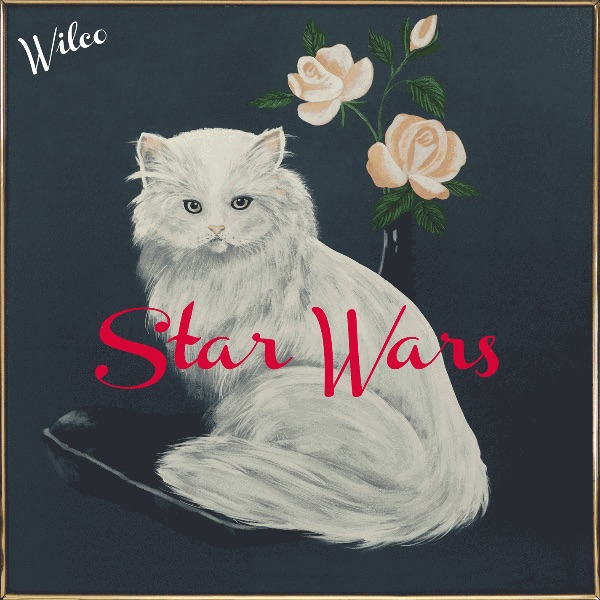 Jeff Tweedy and his son Spencer teamed up last September for Sukierae, their debut album as Tweedy. Still, it’s been nearly four years since Wilco proper put out a record, 2011’s The Whole Love. That is, until this evening.

Out of the blue, Wilco released a surprise new album on its website. Awesomely titled Star Wars, the LP spans 11 tracks and comes with an equally wonderful piece of cat artwork. “Random Name Generator”, “The Joke Explained”, “Taste the Ceiling”, and “Cold Slope” are among the song titles.

Perhaps the best part — yes, even better than the name and staring kitty cat — is that it’s available for free download in exchange for your email address. Head on over to Wilco’s official site to snag a copy for yourself. Update: It’s also streaming in full below.

What’s the occasion for such a sudden gift? Here’s what Tweedy said on Facebook:

“Why release an album this way and why make it free?” Well, the biggest reason, and I’m not sure we even need any others, is that it felt like it would be fun. What’s more fun than a surprise?”