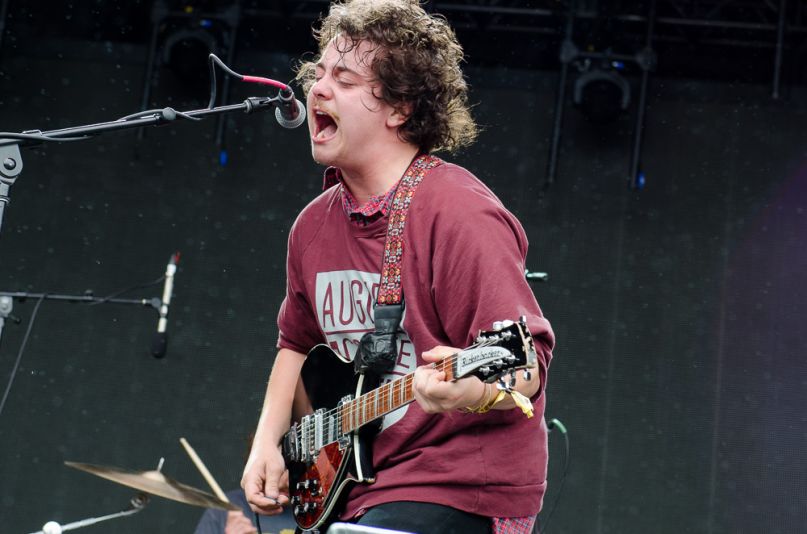 The Districts // Photo by Ben Kaye

2015 has been a landmark year for The Districts. The Pennsylvania indie-rock outfit released their most excellent sophomore album, A Flourish and a Spoil, which they supported with electrifying appearances at festivals including Governors Ball and Glastonbury. Now, though, the band is simmering things down a bit with an acoustic cover of David Bowie’s “Ashes to Ashes”, which originally appeared on his 1980 album Scary Monsters (And Super Creeps).

“David Bowie has countless awesome songs, but we’ve all always really loved ‘Ashes to Ashes’,” frontman Robby Grote tells Consequence Of Sound. “Being full of slap bass and synthesizers we thought it would also make for a fun one to strip down to an acoustic version.”

The song, which is also a sequel to Bowie’s famous “Space Oddity”, is an apt fit for The Districts. Grote’s shaky voice complements the cynical lyrics, while sparse drums tremble beneath the chunky acoustic guitar chords, adding to the cover’s downtrodden aesthetic. The band’s harrowing arrangement makes the recollections of Major Tom possibly even more bleak than Bowie’s original, and shows their adoration and respect for the source material.

The acoustic cover is featured on a new playlist from Amazon Music appropriately called Amazon Acoustics, due out on July 31st. In addition to this track, the collection sees Surfer Blood tackling Outkast’s “Hey Ya” and The Walkmen’s Hamilton Leithauser taking on Beach House’s “Astronaut”. It also includes all-new, original songs from Deer Tick, Nick Lowe, and Hey Marseilles.