One's definitely happening, one's in an idea phase, and one would need real fighter jets 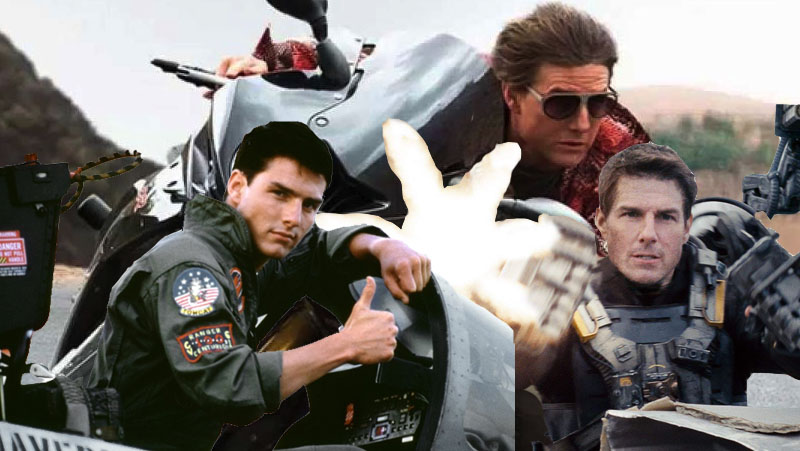 By all reports, Tom Cruise is about to have another smash action hit on his hands with Mission: Impossible – Rogue Nation. The impending success seems to have caused the star to develop a jonesing for more sequels, because over the last few days, he’s mentioned no fewer than three potential returns to some of his best action roles.

Cruise was a guest on last night’s The Daily Show, and Jon Stewart joked that the 53-year-old actor could continue getting himself strapped to planes for the foreseeable future. All kidding aside, it seems Cruise is indeed up for another round as Ethan Hunt, as he revealed that Mission: Impossible 6 is already in development. “We’re starting to work on it now,” he said. “We’ll probably start shooting it next summer.”

Elsewhere in the interview, Stewart revealed that Edge of Tomorrow is one of his favorite films to watch with his son. Cruise briefly mentioned a return to that sci-fi world, as well, but went into even more detail while talking with MTV News. “I pitched it to [screenwriter Christopher] McQuarrie and [director] Doug [Liman],” he said of his concept for a sequel. “We were there one night and I was like, ‘I’ve got an idea for it.'”

While he wouldn’t go into any details about what a sequel would contain, he did say co-star Emily Blunt would have to be involved. In fact, he’s even talked to her about it. “Gotta get Emily,” he said. “I was like ‘Emily, please.’ She was like, ‘Give me another year, please.'”

Interestingly, before Edge of Tomorrow even opened, the creator of the manga comic on which it’s based, All You Need is Kill, had begun working on a follow-up book. The trouble with a second film, however, might be getting a studio onboard. The first film failed to recoup its $178 million budget at the domestic box-office, though it did end up with $370 million worldwide. Despite critical and fan enjoyment, that’s a high cost for a film that doesn’t have secure, guaranteed returns.

But if a modern blockbuster is risky for a sequel, how about an ’80s classic? We already had word that a Top Gun 2 was in the works, with Maverick taking on drones as a means to explore “the ‘end of an era’ of dogfighting and fighter pilots.” When that news broke, Skydance Productions CEO David Ellison said, “As everyone knows with Tom, he is 100 percent going to want to be in those airplanes, shooting it practically.” Well, now Cruise says that’s the only way he’ll do it.

“It would be fun. I would like to get back into those jets,” Cruise told Reuters at the London premiere of M:I – RN. “It would have to be practical. I don’t want any CGI jets. I want to shoot it like how we shot the first one.”

So while it’s not nearly all-systems-go on any of these projects, it seems there’s a good chance we’ll be seeing a lot of Cruise flying around blowing stuff up over the next few years.