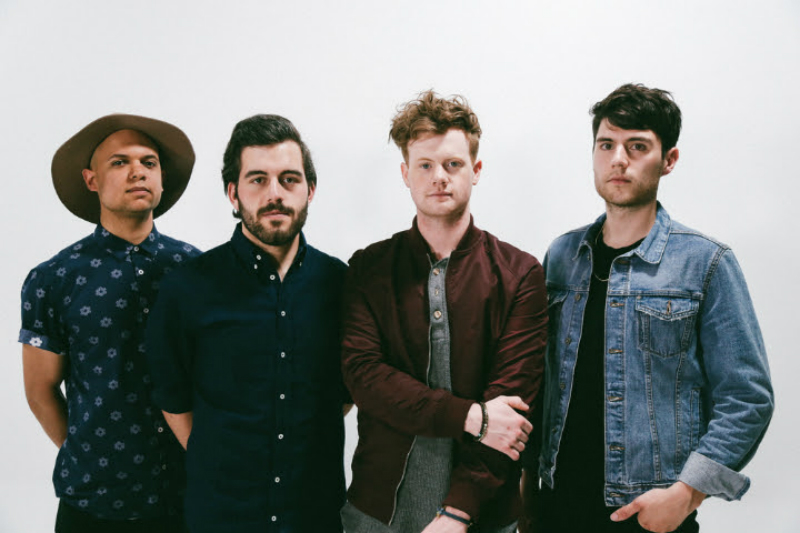 Nashville’s Vinyl Thief are the latest act to help push forward the city’s burgeoning synthpop scene. The group combines the airy, dreamlike quality of electronics and grounds it with soaring melodies and arrangements. It’s a sound they embraced thoughtfully on their lush debut album, Fathoms. Now, the group’s continuing their experimentations with their steamy standalone single, “Longer”.

According to frontman Grayson Proctor, the track is “about lusting after someone that isn’t around at the moment.” “‘Longer’ started from a percussion loop from an Oberheim synth,” Proctor explains to Consequence of Sound. “You can hear it in the intro. Once we had that loop going, everything else formed around it pretty quickly. There’s some Steve Winwood influence, some Stock Aitken Waterman. I wanted a loud chorus people could yell, if they felt so inclined.”

The results are both provocative in tone and enthralling in composition. The pulsing beat and snappy production fits the mold of pop hits of the ’80s, but also come with a sleek and modern sheen. Proctor’s voice teeters between fierce growls and a smooth falsetto; on the chorus alone, he sounds like an arena rock god seemingly ready to lead a triumphant chant. The cheeky synth patches only add to the fun, infusing Proctor’s sensual lyrics with a certain playful charm.