Waste two hours of your life by streaming Joe Dirt 2 for free! 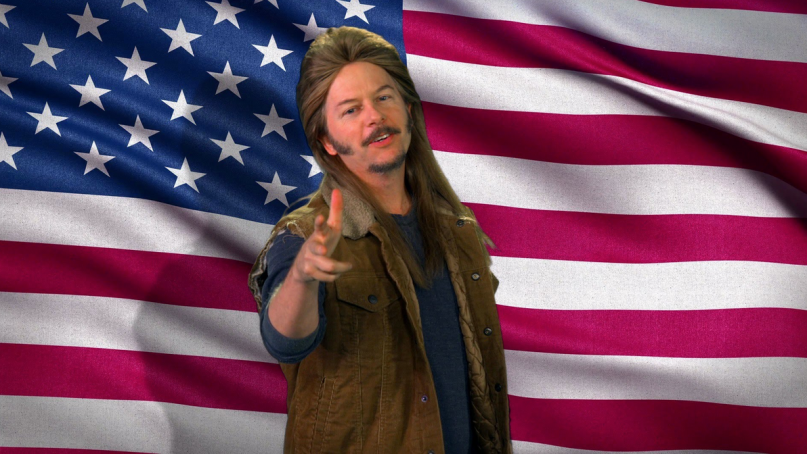 Trainwreck? Ant-Man? If you’re too lazy to hit the theaters and lay down $12 for some critically acclaimed comedy, that’s perfectly okay today: This summer’s almighty sequel, Joe Dirt 2: Beautiful Loser, is currently streaming for free at Crackle. Yep, you don’t have to pay anything but time to watch another country-fried adventure with the mulleted one.

Starring David Spade, Christopher Walken, Brittany Daniel, Dennis Miller, Adam Beach, and Sugar Ray’s Mark McGrath (!), the follow-up to the 2001 mild blockbuster comedy finds the titular hero-of-sorts married yet keep on keepin’ on through time itself, as he revisits the American past. It’s probably pretty stupid, but hey, stupid is as stupid does. Sorry, Forrest.

Fred Wolf, who co-wrote the original and this sequel with Spade, directs the film for Happy Madison Productions. As for why ol’ Kid Rock couldn’t return? Spade told USA Today: “Kid Rock was just starting his album and he couldn’t leave,” adding that, “Mark McGrath plays just another a–hole who hates me. Silvertown has no shortage of guys who hate Joe Dirt.”

Granted, I reckon we all would rather have the Detroit MC in this than the studio, right?