Update: Rambo will not fight ISIS in new movie

Earlier reports are "not accurate." 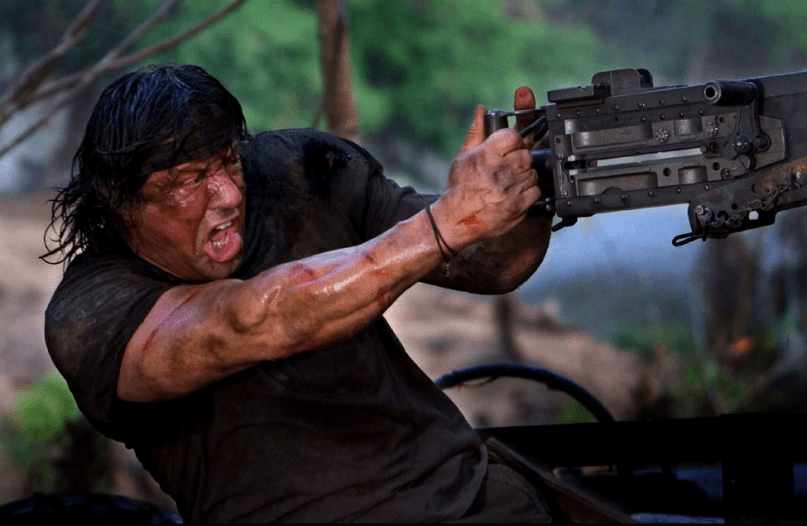 John Rambo has finally met his match. The 68-year-old Vietnam veteran will conquer the nefarious and deadly forces of ISIS in the next and final sequel of Sylvester Stallone’s beloved Rambo series, Last Blood.

Update – Monday, 12:25 p.m.: According to Rolling Stone, a rep for Stallone says reports of a plot involving ISIS are “not accurate.”

“We have teams scouting Iraq and parts of Syria where ISIS have their greatest strongholds,” Stallone announced at Comic-Con. “We’re working with the locals there to help deliver the most intense and realistic Rambo movie experience ever.”

Rumblings of a Rambo follow-up have been around since the series’ third sequel, Rambo, hit theaters in 2008. Last year, German film distributor, Splendid Films, confirmed the news and announced our titular hero would go after a Mexican cartel in what was then described as “his version of No Country for Old Men.”

That story would jive with the ending of Rambo, which found the hulking drifter walking down the gravely path towards his American farm. However, it would appear that Stallone has taken recent headlines to heart and has altered the screenplay that he will inevitably shoot himself.

In the meantime, Stallone will reprise his role on November 25th as Rocky Balboa in Ryan Coogler’s highly anticipated spinoff film, Creed, which follows the young boxing career of Apollo Creed’s son, Adonis Johnson, portrayed by Michael B. Jordan.