Why I Have a Hard Time Watching National Lampoon’s Vacation

Clark Griswold is kind of a creep 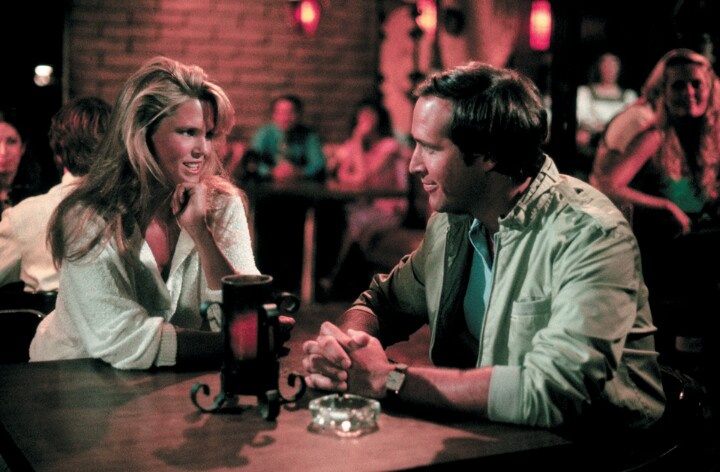 Prior to 2003, each installment of National Lampoon’s Vacation series relied on a similar premise: Chevy Chase’s Clark Griswold (“Griswald” in European Vacation) wants to spend more time with his wife and kids through some sort of good, old-fashioned family activity: a road trip to an amusement park in the first film, an excursion to Europe in the second film, a Christmas at home in the third film, and, in the underrated fourth film, an adventure in Las Vegas. Of course, nothing goes according to plan — relatives die, bosses get kidnapped, Wayne Newton falls in love with your wife — and Clark loses his temper. This is most prevalent in the first Vacation and Christmas Vacation, where he goes on a frightening tirade against everything that’s pissed him off up until that point, including members of his own clan, thus (seemingly) driving a stake through the heart of family tradition. But that heart is also made of gold, and Clark soon realizes the error of his ways. Even when a few more crazy things happen in each film, he realizes that the wholesome familial bond he’s been seeking was there all along and that he should appreciate his loved ones even as things go increasingly madcap. Still, that message gets undercut by one significant detail.

Clark Griswold is kind of a creep.

Or at least he is in the first film, the one that’s often regarded as the best (my personal favorite will always be Christmas Vacation). A significant chunk of the plot revolves around Clark spotting a girl in a red Ferrari on the highway, played by supermodel Christie Brinkley. This is 1983 and she’s a buh-buh-buh-babe, so of course she’s into him, their mutual pursuit coming to a head at a motel in Phoenix. The Girl approaches Clark at dinner, who not only denies having a wife and kids, but tells her he owns the motel as well as an airline. She promptly lures him to the pool, and they go skinny-dipping. Before they can get to boning, however, Clark’s wife, Ellen (Beverly D’Angelo), his children, Rusty and Audrey (Anthony Michael Hall and Dana Barron), and all the other motel guests spot them in the water, thus ending the party.

At this point, director Harold Ramis and screenwriter John Hughes (along with an uncredited Ramis and Chase) have the opportunity to redeem Clark in the eyes of the audience. It’s never too late to express honesty and remorse to your family. But instead, we see him unconvincingly lie to Rusty about how the woman was just a waitress and that their swim was innocent. “You know I’d never hurt your mom,” he tells his son, even though the only reason he and Brinkley’s character didn’t go further was because they got caught.

When he has to come clean to Ellen, they both recognize that the trip has been stressful on Clark, which is why he acted the way he acted. That’s actually a pretty nuanced and realistic observation — stress, whether it be romantic, work-related, familial, or something else, is often a huge factor when it comes to infidelity — if not for the fact that, in the events of the film, it’s also a lie. Clark’s infatuation with Brinkley begins a mere 25 minutes into the run-time, well before the shit hits the fan. Even worse, he pursues her doggedly. When first encountering her on the highway, he pushes his station wagon’s speed limit and his family’s safety so he can keep up with her Ferrari. When he sees her at a rest stop later on, he throws some suggestive dance moves her way, going as far as to open the bread of his ham and cheese sandwich like he’s spreading her legs. And during their final encounter at the motel, he doesn’t think twice about pretending Ellen doesn’t exist. It’s not like Brinkley’s an attractive co-worker whom he succumbs to once the stress in his life has reached its peak. He’s hounding after Ferrari Girl from the moment he lays eyes on her.

This wouldn’t bother me if I was watching something like Caddyshack. In that film, Chase’s Ty Webb is supposed to be a sleazy, albeit very likeable, bachelor. But Ramis, Hughes, and Chase paint Clark as a family man from the get-go, someone whose primary goal is to reconnect with the people he loves. That’s not to say family men (or women) can’t be attracted to people other than their spouses. That’s part of being human. That’s not to say that people don’t cheat on their spouses either. It happens all the time. The problem in Vacation isn’t the simple act of infidelity, but Clark’s immediate, non-gradual willingness to commit it, and how the script then treats the consequences of his actions. Even when called out by Rusty and Ellen, he only seems concerned with upholding his image and placing the blame on the stressful family road trip, as if he somehow couldn’t help jumping in the pool naked with a woman he hardly knows — while his wife and kids are sleeping just a few feet a way, no less. Even the sultry cocktail jazz underscoring the scene tells us we’re supposed to be rooting for Clark. After all, this is an ’80s comedy. We just want him to get laid!

Lest you think this is some sort of oversensitive think-piece, even the series itself now seems to recognize the icky nature of the Girl-in-Ferrari subplot. European Vacation does away with Clark’s wandering eye altogether, and although it comes back in Christmas Vacation, it’s limited to him flirting with a lingerie saleswoman played by Nicolette Scorsese, then fantasizing about her later on while at home. It’s still a little gross, but feels more in line with his self-proclaimed family-man persona than him actually acting on his desires. Vegas Vacation shoots down Clark’s infatuation by giving Brinkley a kid, and this week’s reboot (simply titled Vacation) darkly skewers the cheating storyline by having a now grownup Rusty (Ed Helms) spot a new attractive woman in a red Ferrari, who immediately gets mowed down by a semi. Raunch is great. But unqualified ’80s raunch? Best to run it over with a truck.