Foals – What Went Down 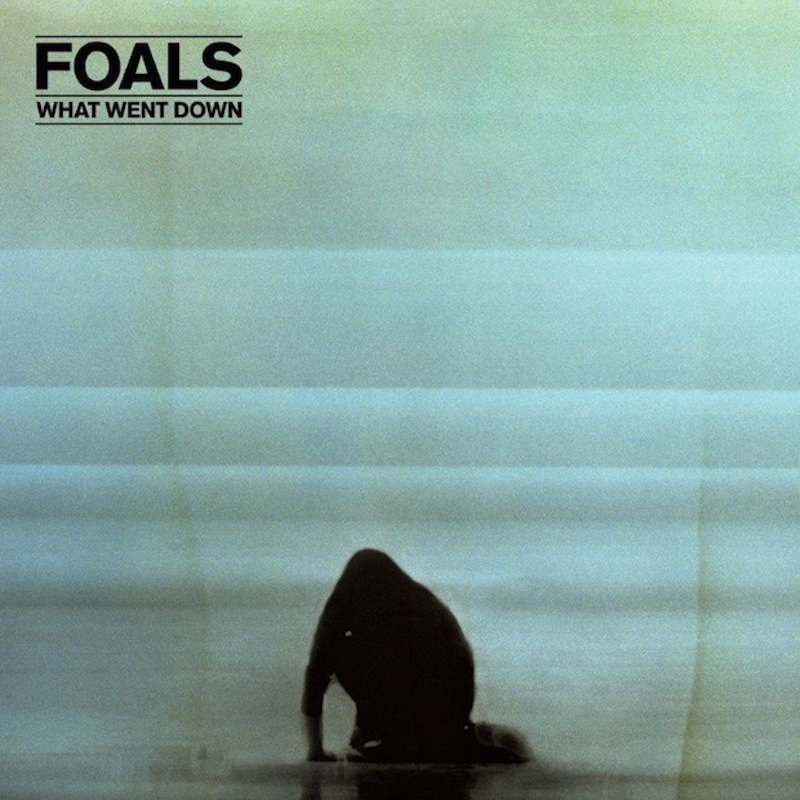 Since the release of 2013’s Holy Fire, Foals have been immersed in the creation of their fourth full-length, What Went Down. Holy Fire saw Foals become a band that could, and did, open for Metallica, gutting rock with sheer determination to spill its hidden funk and stoner rock innards. In an interview with NME, frontman Yannis Philippakis said the band aspired to up that intensity by capturing the madness of Van Gogh, a reference to the village they recorded in and its psychiatric ward that once held Van Gogh after he infamously cut off his ear. The words read of hollowed longing, like the wishes of someone who privately accepted they would never be achieved. The old demeanor of Philippakis — anxious eyes, worn skin, panicked movements — has been replaced in the last couple of years with the confidence of someone who pushed past contentment into happiness. Re-embracing his (and the rest of the band’s) earlier state of erratic energy proves too difficult on What Went Down; in place of mental immersion, they let pop take the reigns, numbing whatever pessimistic sneers they aimed to showcase.

The album captures film themes with the gaudy ease of American studios. Recorded with aspirations of madness (danger!) in a 19th-century mill in southern France (romance!) by the same producer behind Arctic Monkeys, HAIM, and Mumford and Sons (fame!), What Went Down packs nothing new. The 10-song effort is less of the primal, harrowing “album of extremes” it aspired to be. Instead, its a stale cinematic plot we watch for familiarity but struggle to recall later. “Birch Tree” barely distinguishes a chorus from verse. “Give It All” chases the rhythmic roves of Yeasayer with airy instrumentals, tacking bizarre keys on its closing measures in hopes that the song’s single distinctive moment might save the minutes of rambling before it. Foals as a whole wander aimlessly on “Night Swimmers”, stepping in line to a vague runway beat, singing to themselves without any audience in mind. There’s mood lighting to spare on What Went Down, but so many of their takes seem void of relateable characters, be it in lyrical form or a hook worth remembering.

When they do achieve their goal, Foals show no mercy. The album’s title track shreds through chaotic noise, stacking creepy guitar riffs with unprecedented volume. Philippakis sings with a mouth full of rabies, snarling through every manic line and bone-shattering shriek with a virulence that should be welcome on every track. “When I see a man/ I see a liar,” he mutters to himself before a mid-song crescendo, mirroring that troubled ideal they strive for as he repeats the line with increasing snark. For those wondering why Foals’ live performances receive unparalleled praise, this song captures that fanfare. Jack Bevan’s throttled drumming chases circles around the fangs of Jimmy Smith while he rips through his guitar. The harms of mental stress took Philippakis years to control, but he has enough sanity to slip back into that old black hole on “What Went Down” without letting it keep him in its grasp.

Philippakis left the days of Antidotes’ crazy vocal jumps, but he gets to mimic that hectic era on more than just the title track. Like its trippy music video, “Mountain at My Gates” lets each member tread their own path in a memorable, uplifting, visceral bellow with underlying hunger. “Snake Oil” pumps thick bass between Philippakis’s drunken lines, slithering around the guitars with cynicism and cacophonous weight. When Foals funnel fury properly, they use their pop production for phenomenally grandiose peaks and valleys, a feat What Went Down highlights too infrequently.

Songs like “Albatross” pump alternative pop with anxious drumming — glossing melodic bravado with keyboard parts akin to the paint smatterings of an art graduate: unapologetic, educated, yet aloof. Most, however, play as a sigh, observing the romanticized frenzy of their past selves while packaging it in pop production that constricts. They meshed pop with math rock on Antidotes and pop with groove on Holy Fire, but here it’s pop with pill-sized glamour, albeit dark, that unfortunately resonates like a collection of songs so overworked they lost their initial inspiration, improvisation, and, most clearly, spirit. Rhythm builds and synth waves become the norm no matter how brusque Philippakis’ voice scratches. Taking a large musical step forward was the right move for Foals to make; smoothing the album out repeatedly until it becomes flat wasn’t.

Essential tracks: “What Went Down”, “Mountain At My Gates”