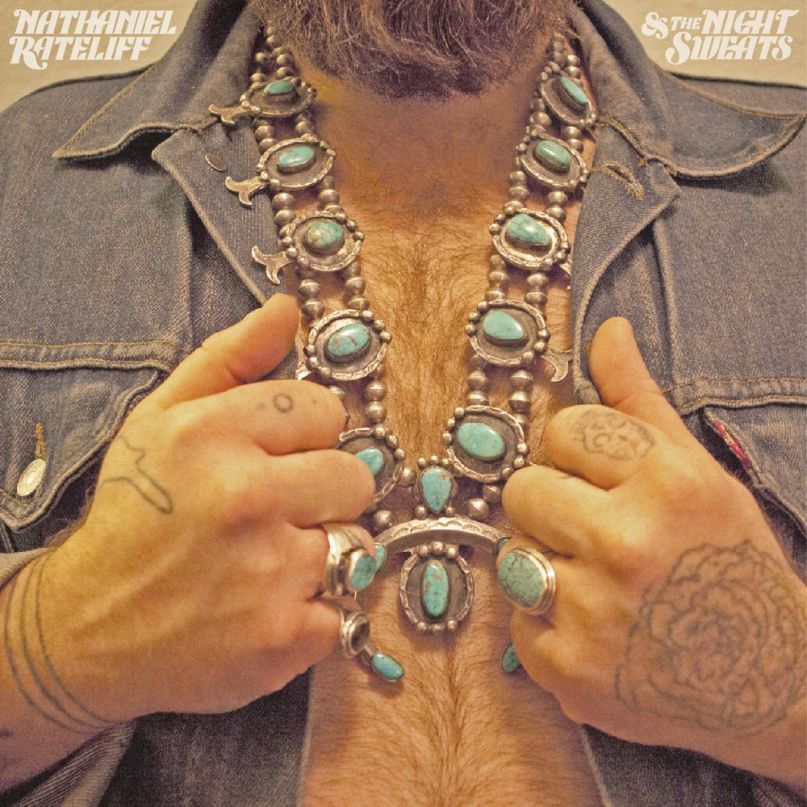 From unsigned folker to Stax recording artist, Nathaniel Rateliff has taken the long road to recognition. Growing up in rural Missouri, he had a television with one channel; he didn’t have a phone; his family ate venison and foods from their garden. His simple life changed when his father died in a car accident on the way to church, and a young Rateliff was forced to quit school and go to work.

In the downtime between jobs, Rateliff grew an attachment to his mom’s acoustic guitar and developed as a musician by dabbling in a variety of sounds and genres — like any curious musician who’s yet to find their voice as a songwriter and performer. In an interview with Folk Radio, he detailed his earliest attempts (jokey songs about pizza parties, shoegaze bands, psychedelic blues) and his journey to Denver in the hopes of fulfilling his dreams. It’s an archetypal tale in the vein of Kerouac: boy leaves his empty setting for new experiences and opportunities with no expectations of where any of it will lead. Through all this, he had his parents’ record collection to keep him company, to inform and give meaning to his surroundings. “It was weird because it was my parents’ records that got me into making music,” he told Folk Radio. “I found my own more modern music, but then I drifted back into playing my parents’ music and taking even older influences.”

Those influences can be heard on Rateliff and his band’s self-titled Stax debut. Opener “I Never Get Old” is a romping, horn-driven affair with a simple message: Live and never look back. When Rateliff opens his pipes and howls, he evokes Van Morrison at his most charismatic. The singer is an absolute force, and it’s no wonder big labels came calling. Hot-mic’d for just the right amount of distortion, his screams and moans are both soulful and aggressive. There are tinges of anger when he lets loose on “S.O.B.”, which is as direct as its title implies: “I’m gonna writhe and shake my body/ I’ll start pulling out my hair/ I’m going to cover myself with the ashes of you and nobody’s gonna give a damn.” At other times, like on “Howlin at Nothing”, his raspy croon recalls Sam Cooke behind a raucous horn section. To be sure, Rateliff wears his influences openly.

Rateliff sustains this sound for the duration of the record, which grows repetitive near the end of its 40-minute runtime. Produced by Richard Swift (The Shins, Foxygen), the horns and strings are bathed in subtle reverb, as if the songs were being played in a cavernous theatre. Though it adds allure to the sonics, it doesn’t mask the conventionality of Rateliff’s songwriting, which is vehemently rooted in the standard folk rock tradition. The album would fit snuggly next to Morrison, Otis Redding, and Bruce Springsteen LPs, though the strong vocal performances distinguish Rateliff from other retro-inspired folk rock acts. Rateliff’s charisma is a rare commodity. It’s what turned Jimmy Fallon into a giddy fan when the band made its network television debut. He’s a passionate performer with a gift for singing and winning over an audience, and that comes through on this record.