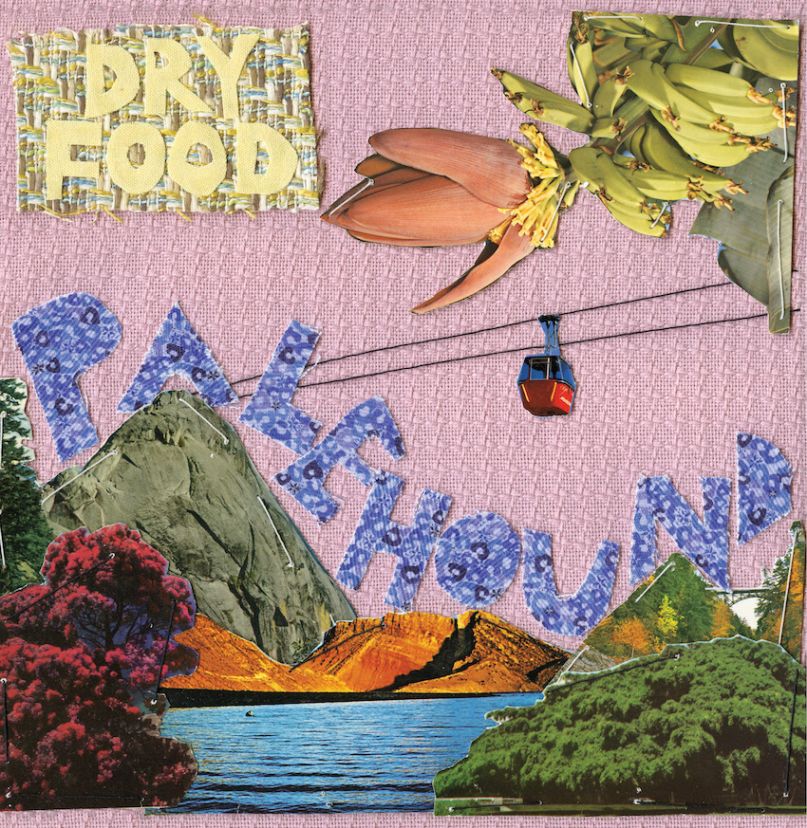 On her new album, Palehound singer/guitarist Ellen Kempner sounds like someone who’s spent a lot of time alone in her bedroom. That comes through in her melancholic, openhearted lyrics, but, more pointedly, in her impeccable musicianship (she played every note on the album, save the drumming), which bears out intense practicing, deep-seated passion, a keen knowledge of indie rock touchstones, and an impressive versatility, all in equal measure. Kempner’s dazzling playing leads the way on Dry Food, but the 21-year-old’s tender, honest lyrics follow closely, burning softly amid the splashes of dramatic guitar. The unexpected twists and turns of the compositions may steal the show, but her simply stated emotional explorations glow low and constant, embers at the center of the bonfire.

Much has been made of Kempner’s ties to Speedy Ortiz’s Sadie Dupuis. Though the bands share some interests and influences, Palehound isn’t a Speedy knockoff. “We’d drive around Connecticut, listening to bands like The Pixies and Pavement,” Kempner told American Songwriter in 2013 of a time when Dupuis was her camp counselor. “Sadie got me into pretty much all the music I’m into now.” Kempner borrows from and burrows into a similar region of indie rock, stretching beyond Frank Black and Stephen Malkmus into Chavez, Elliott Smith, Stereolab, and more.

For that reason, Palehound has found an apt home on Exploding in Sound Records (former label of Speedy Ortiz). The label is full of bands who grew up obsessing over ’90s guitar icons and now add their own twist. Krill add a twitchy wonder, Pile go for absolute broke, and LVL UP ride by in a mystic, woozy haze. Palehound differentiates itself through Kempner’s liquid technicality; her talent is obvious, but rather than get trapped in heady show-offishness, she nimbly rambles around edges, dropping in unexpected tonal changes and coaxing subtle surprises out of her songs’ frames. Opener “Molly” displays this immediately. The verses feature a swift arpeggio competing with aggressive bursts of distortion a la St. Vincent, while the chorus sways far more sweetly. Kempner slides between the pieces on a dime, even transitioning into a quick-riffed, polyrhythmic second half without any shift feeling forced.

That quick-change ability similarly informs the saccharine, lovely “Cinnamon”. Much of the song rides on an upbeat shimmy, layers of guitar rippling off of each other while Kempner sings softly through a slight, watery haze. But, just when the pattern of hushed verses and ecstatic chorus becomes familiar, she unfolds the track’s carefully composed petals and it blooms into a slow, psychedelic wash. Lyrically, the song moves from expressive imagery (“Fiending, peeking at the centerfold/ Cutting tinsel into gold/ And hoping you won’t love me still”) to hazy oohs and hums, lines about crying and ghosts barely making it out of Kempner’s throat before they get pulled up into the ether.

Loneliness and confusion thread throughout the album, tying the disparate stylistic choices together. “Cushioned Caging” should induce some head-banging live, but Kempner’s world-weary lines (“When all that’s left of me is you/ Pointing at a person I’ve been faking”) give a tragic depth to the slow-burning riffs. “But oh, why don’t they hold me/ They just cradle me like a homesick child,” she falsettos in a Beatles swoon on “Healthier Folk”, electric guitar whine and chug bursting forth from the acoustic base. The waltzing “Dry Food” might be one of the least twisty, tangled tracks on the album, but its foreboding guitar and haunting lyrics make it a standout. On the compelling post-breakup tale, Kempner alternates between detailing sadness and grievances and insisting “I’m over it,” before revealing the truly heartbreaking, lost outlook of someone with nothing left: “You made beauty a monster to me, so I’m kissing all the ugly things I see.” But this isn’t about chasing whatever is around because you’ve had your heart broken — the issue cuts deeper. “I’m nursing all the ugly babies,” Kempner sighs to close things out, as the pain has seeped into her very being, to be offered up to others.

Closer “Seekonk” finds some resolution to the pain. Named after a town in Massachusetts, it’s hard not to see the salvation tone in the song coming from the songwriter’s move from New York to Boston, where other Exploding in Sound bands reside. Sure, there are familiar notes of loneliness (“Before you go, strap me to the bed/ I feel it getting cold again/ The bed is getting cold again”), but she sees some warmth in the now, no matter how fleeting. “But now I’m not alone, ’cause I’ve got my mom, my dad, and my sister, and the dogs,” she sings, the guitar waltz bubbling up softly, even ending the song on a relatively upbeat patch of wordless melody.

Touring the country and gaining publicity for this strong album should mean less time in the bedroom practicing guitar and listening to old records, but also plenty of new experiences from which Kempner can draw out kernels of lyrical beauty. With the guitar prowess shown here, that well shouldn’t dry up anytime soon. The result of the adolescent pains and their personal gestation, Dry Food is an engaging statement, guarded and subtle at times, boisterous and revealing at others, and it’ll be exciting to see which elements win out as Kempner continues to polish her already glowing sound.