The Weeknd – Beauty Behind the Madness 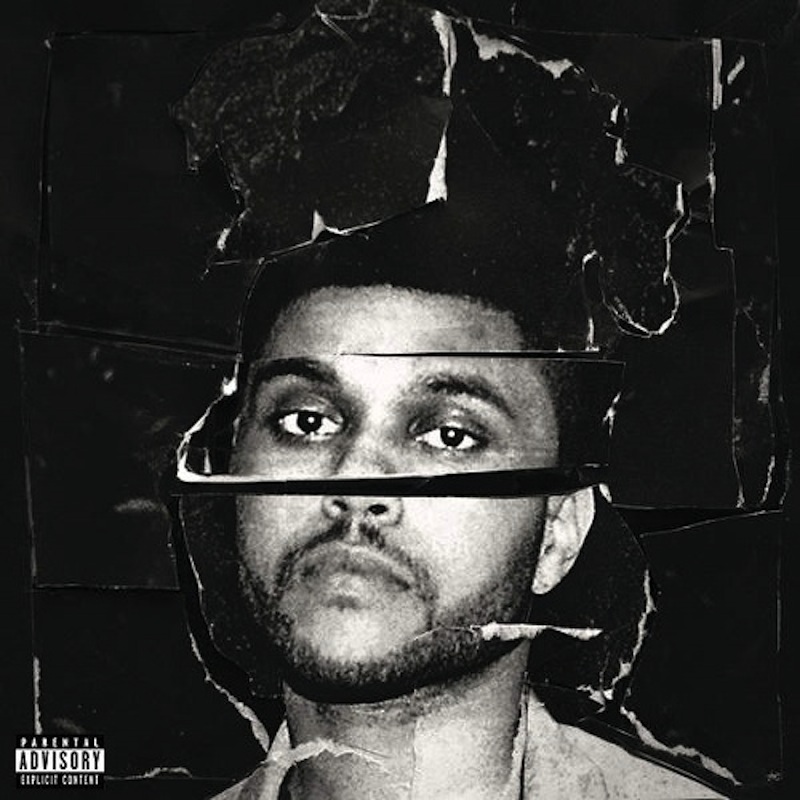 Abel Tesfaye, aka The Weeknd, has been a thing for a while, but only recently did he become a big thing. In July, Taylor Swift brought him onstage at a stadium show in New Jersey. Stevie Wonder, an influence on Tesfaye’s own biggest influence Michael Jackson, did his own version of The Weeknd’s “Can’t Feel My Face” last week. At one point in June, all three of the top Billboard Hot R&B Songs belonged to Tesfaye, something no artist had achieved before. Beauty Behind the Madness, Tesfaye’s follow-up to 2013’s Kiss Land, arrives at just the time you’d expect a new Weeknd album to come out. You’d be forgiven for thinking it must have been rushed, resulting in more commercial, less artful results than anything Tesfaye has done before.

While it’s true that Tesfaye has cast away some of the fascinating shadows of his slow-burning 2011 trio of free mixtapes (House of Balloons, Echoes of Silence, and Thursday), his vulgar persona has evolved in real, human ways. With a hint of comedic timing, he spells out his aesthetic on this album’s sweeping Kanye West co-production, “Tell Your Friends”: “I’m that nigga with the hair, singing ‘bout popping pills, fucking bitches, living life so trill.” In other words: Yes, this is what I do. Now watch how far I take it.

It hasn’t exactly been an overnight journey. Whereas Jackson was groomed for stardom as soon as the doctors cut his umbilical cord, Tesfaye seemed to come out of nowhere. He recorded those tapes in collaboration with producers Doc McKinney and Illangelo when not wandering around as a perpetually stoned high school dropout, and people flocked to those projects despite (or maybe because of) his absence from the spotlight. Long before Wonder and T-Swift, he worked with Drake on Take Care, which featured a number of songs that Tesfaye not only wrote or performed on, but were originally supposed to be on House of Balloons. Still, the subsequent Kiss Land failed to launch him to mainstream superstar status, and inexplicably Tesfaye remained something of an underground concern.

Not anymore. You can hardly go anywhere this summer without hearing a Weeknd song. But even as Tesfaye, still just 25, is doing eye-popping numbers with help from new collaborators like West, Max Martin, and Mike Dean, he’s still in alt R&B territory, or at least on its fringes. In purely artistic terms, Miguel’s Wildheart is this album’s biggest recent competition. Tesfaye has proven that hitmaking isn’t an issue for him, so the question is whether pop radio moves would diminish his independent thinking. Tesfaye answers that in the negative. If Beauty strays from his initial boundary-less aesthetic, it still sounds like the work of someone who wants to maintain his identity even as he’s doing with the charts what Kevin Durant does with the ball: whatever he wants.

Striking a balance between tastefulness and excess, Tesfaye used his early tapes to inhabit an all-around cloudy headspace like it was more illuminating than it logically should be. Songs progressed over the course of as long as seven or eight minutes, sometimes because Tesfaye didn’t want to stop freestyling. Beauty doesn’t stretch out like that, but there are well-executed moments of both fearless maximalism (like the Labrinth-featuring “Losers”, which gyrates with blurting horns) and soft restraint (the ambient closing stretch of “As You Are”) that work toward making this album cohesive. At 65 minutes long, that’s big.

Tesfaye wouldn’t be in his current position, though, if not for the directness of his recent music. The previously released “Can’t Feel My Face”, “The Hills”, the Fifty Shades of Grey contribution “Earned It”, and “Often” are easy-to-spot hits as Beauty plays out. Like the “Billie Jean”-esque “In the Night”, “Can’t Feel My Face” nods to the King of Pop, Tesfaye getting away with the cocaine theme thanks to a propulsively giddy chorus and equally transcendent bass lines. “The Hills” is a darkened synth bomb with another unshakeable chorus, and it’s already Wes Craven-approved. When Lana Del Rey and Ed Sheeran cameo on the electronic-creased “Prisoner” and the vaguely bluesy “Dark Times”, respectively, their placement at the end of the album is telling; Tesfaye doesn’t need anyone’s name but his own. If nothing else, just be glad the existence of “Dark Times” means you get to hear the story of Sheeran’s rap battle with Waka Flocka Flame.

In between Beauty’s innumerable hooks, Tesfaye finds room to be a pop figure with something to say, even if what he’s saying is literally “when I’m fucked up, that’s the real me” or “I’d rather be complacent.” Still, he appears to be making progress in his personal life. The pills, potions, and meaningless sex have taken their toll, but through the hedonistic haze, Tesfaye has found that there’s more to life than those vices and the luxuries of fame (which doesn’t even sound that great when he sings about his cousin wanting to take a selfie with him at his grandma’s funeral). He’s still distant, but he’s getting more approachable in different ways. “We make our own sense,” he sings to one lover or another on “Losers”. It sounds like he knows where he’s going from here.

Essential Tracks: “Tell Your Friends”, “The Hills”, and “Can’t Feel My Face”