Could a reunion of the band's classic lineup be on the way? 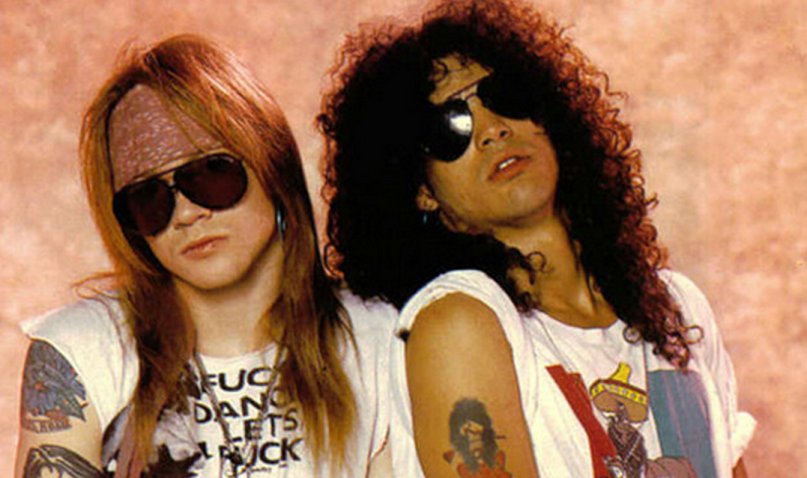 For those hoping for a Guns N’ Roses reunion, the last few months have brought several interesting developments. In May, Slash responded “Never say never” when asked if the band’s Hall of Fame lineup would ever consider getting back together. Then in July, two members of the band’s current lineup, Darren Jay “DJ” Ashba and Ron “Bumblefoot” Thal, simultaneously announced their departure. Now comes another positive update from Slash, who told Sweden’s Aftonbladet TV that he’s restored his friendship with Axl Rose.

“It was probably way overdue, you know,” Slash explained. “But it’s…. you know, it’s very cool at this point. You know, let some of that, sort of, negative… dispel some of that negative stuff that was going on for so long.”

Slash wouldn’t say if he and Rose had talked about a possible reunion. “Oh, I couldn’t answer that one, though…,” he added.

Slash famously quit Guns N’ Roses in 1996 and his relationship with Rose had been tense ever since. In 2010, Rose told fans that Slash was a “clueless, loud mouthed, arrogant cunt.” A year later, Rose chose to sit out of the band’s induction into the Rock and Roll Hall of Fame, saying, “the endless amount of revisionism and fantasies … are misguided attempts to distract from our efforts with our current lineup.” However, in April 2014, he welcomed former bandmate Duff McKagan to join the band for the first time in 17 years.

If Axl did agree to reunite the band, he’d have a new Ninja Turtles movie to watch backstage before showtime.

Below, watch Slash’s interview with Aftonbladet TV and revisit GNR’s video for “Sweet Child O’ Mine”.