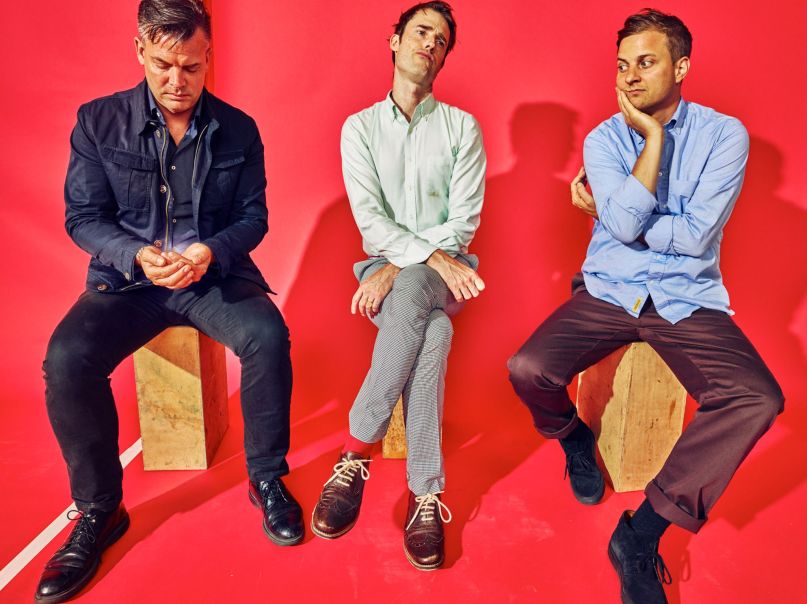 “The Yabba” is the opening track off Battles’ upcoming album, La Di Da Di, due out next month. Fans have heard various iterations of the song, both live in concert and as part of the band’s recent in-studio session. Now, the experimental rockers have finally shared the studio version in all its seven-minute glory.

Battles’ Ian Williams offered up some context on the number, which is their first official release in four years:

“[It’s about] using ‘la la la’ — like generic voicings for singing — using this to describe instrumental music. It’s sort of a playful, whimsical thing that takes pressure off of us by saying, ‘We’re not overwhelming you with heaviness or anything.'”

Listen to the track over at Rolling Stone.