"Dear anyone who thinks misogyny isn't real. It is and this is what it looks like" 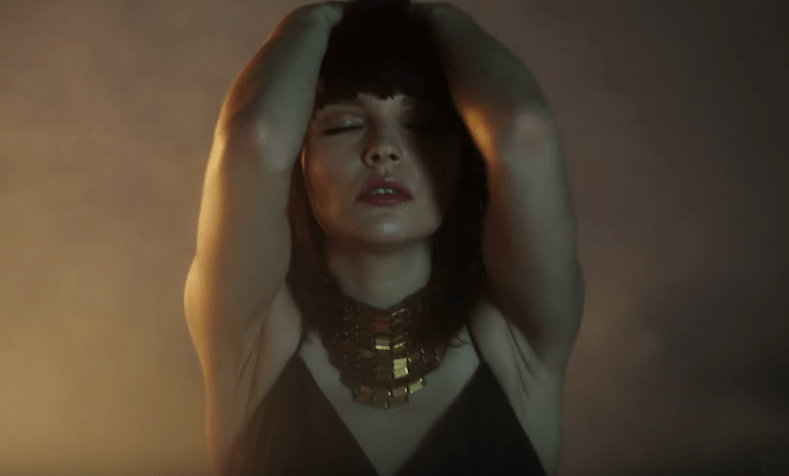 Lauren Mayberry of CHVRCHES has often been outspoken against the vicious misogyny she’s encountered as a musician in the public eye. She’s penned an op-ed for The Guardian, publicly called out Internet trolls, and talked repeatedly about sexism in the industry. Sadly, the singer was offered up yet another opportunity to point out the more vile corners of the internet earlier today after her band released the video for “Leave A Trace”.

The clip, which all told is a pretty simple video, prominently features Mayberry singing the excellent track on an atmospheric soundstage. In some shots, she has wet hair and red lipstick on. According to a chain started in the always forward thinking 4chan community, this look made her a slut and thus a target for a bunch of vulgar, objectifying comments. Mayberry caught wind of the thread when someone brazenly asked her to join the discussion, which caused her to call attention to the misogyny:

Dear anyone who thinks misogyny isn't real. It is and this is what it looks like. http://t.co/cLC97T8MxU pic.twitter.com/2bBZtw4yoL

She signed off, leaving the community a note from Hayden Panettiere’s character on Nashville:

Mayberry’s bandmates in CHVRCHES backed their singer, retweeting her post with a message of their own:

They also reposted the note on Facebook, to which one person responded asking, “Is she gonna do this everytime she gets a shitty comment over the internet?”

The band’s response summed up the severity of the situation nicely: “Bless your little cotton socks for thinking that the two times Lauren has posted about it previously is her posting about it ‘everytime’ it happens.”