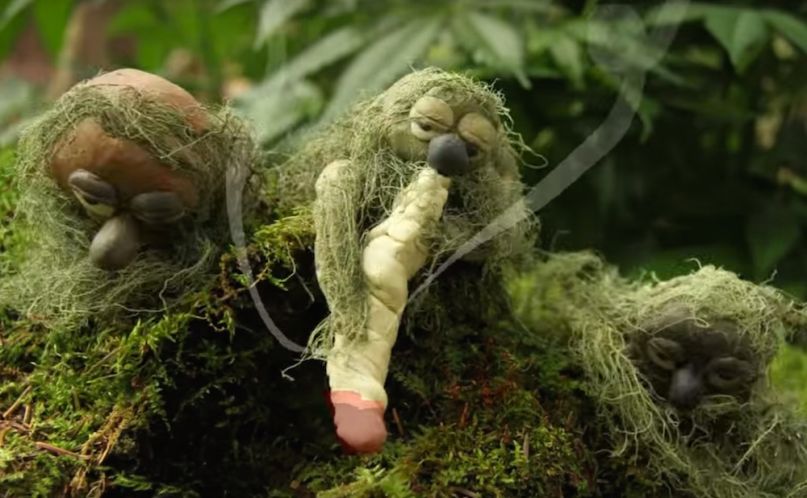 Dan Bejar has released a new video for “Times Square”, the latest single taken from his forthcoming Destroyer album Poison Season. The Shayne Ehman-directed visual features scenes of freaky woodland creatures getting high (!) interspersed with footage of Bejar crooning right at the camera. His chill nature friends were made with stop-motion animation and seem 10x more appealing than actually ever going to Times Square proper.

Watch below, followed by a statement from Ehman.

Ehman’s statement on the video:

“We ended up just wandering around New York til 3am and the city seemed completely dead. We could have been anywhere, really. I needed to get outside and shoot in natural light in order to serve as a sort of conduit for those ‘forces of nature in love…’ which seem to rule the song. I let the sun do its thing and let the earth do it’s thing and watched time unfold. I watched the clouds unfold and unpack and packup. I was at their mercy, completely.”