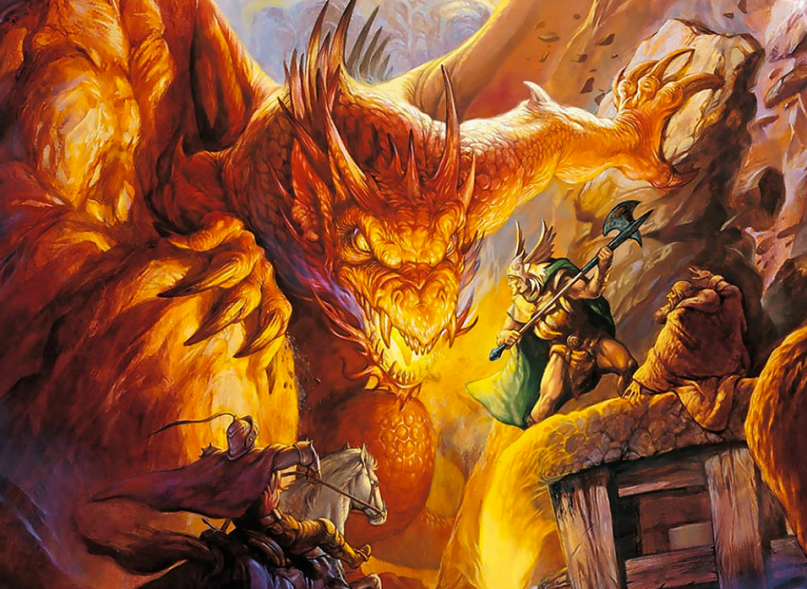 15 years ago, New Line Cinema and Sweetpea teamed for the first attempt to bring D&D to life. The film starred the guy who played Jimmy Olsen in Lois & Clark: The New Adventures of Superman and Marlon Wayans, with Jeremy Irons as the main baddie. Sure, the keys to success were all there (read: sarcasm), but the film was a financial and critical flop. Despite spawning two sequels (one made for the TV, the other direct to video), the movie holds no place of regard in the hearts of cinephiles nor gaming nerds.

WB revealed plans to reboot the series with Sweetpea in 2013, which prompted Hasbro to launch a lawsuit against the companies. The game company claimed ownership of the film rights and wanted to make a movie through Universal. Arguments concluded ten months ago, and now it appears terms have been reached to allow WB, Sweetpea, and Hasbro to move forward on the project.

“This settlement accomplished our overarching goal of unifying all Dungeons & Dragons rights under Hasbro’s control, paving the way to make a blockbuster film,” Hasbro’s lawyers Maura Wogan and Jeremy Goldman said on Monday (via Deadline). “It’s a great outcome for all involved – especially Dungeons & Dragons fans who will now get to see D & D on the big screen.”

Producers on the new film will come from both sides of the legal battle: Sweetpea’s Courtney Solomon and Allan Zeman, Hasbro’s Brian Goldner and Stephen Davis, and Roy Lee (The LEGO Movie, How to Train Your Dragon) are all attached. A script will be penned by Wrath of the Titans scribe David Leslie Johnson.

“We are so excited about bringing the world ofDungeons & Dragons to life on the big screen,” WB Pictures’ Creative Development and Worldwide Production head Greg Silverman said in a statement. “This is far and away the most well-known brand in fantasy, which is the genre that drives the most passionate film followings. D&D has endless creative possibilities, giving our filmmakers immense opportunities to delight and thrill both fans and moviegoers new to the property.”