Brian from Edmonton, you win 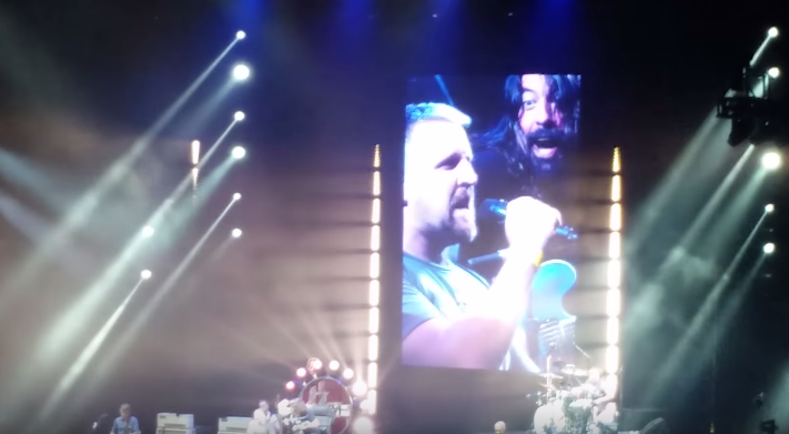 Foo Fighters have been known to drop a cover of “Tom Sawyer” by Rush into their set, but never has it been performed like this. At a Canadian show in Edmonton, AB last night, Dave Grohl asked the crowd if anyone knew the lyrics to the classic prog-rock track… and could actually sing them. One brave soul named Brian raised his hand, and was actually brought onstage to front Foo Fighters for one epic cover.

Amazingly, Brian could actually hit some of Geddy Lee’s impossible high notes better than even Grohl could. No doubt the band’s actual frontman expected disaster — “Welcome to my nightmare,” he said as he handed Brian the mic — but Grohl’s face during some of those big moments really says it all.

Watch three angles of the performance below, thanks to Reddit user Venus157.