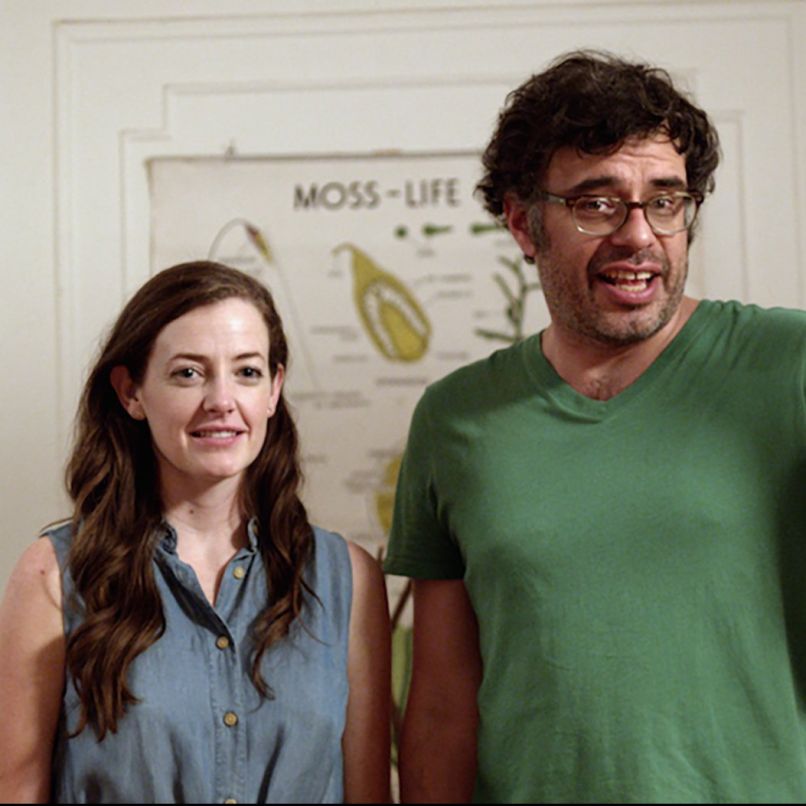 During a lecture in People, Places, Things, Will (Jemaine Clement) shows his students a picture of René Magritte’s “The Treachery of Images”. The famous work features a drawing of a pipe with a French caption, “Ceci n’est pas une pipe,” that translates to “This is not a pipe.” He’s right. It’s just a drawing of a pipe. You can’t smoke it. So what to make of this scene and how it relates to both the structure of the film and its title?

For starters, don’t bother. People, Places, Things is as simple as its title, but this isn’t a bad thing. We’ve become conditioned to believe that anything less than great is somehow unworthy when that isn’t and should never be the case. Writer/director James C. Strouse’s film is a heartwarming look at a lovable lead (the always interesting Clement) as he tries to navigate through life as a recently separated father of twins (played to adorable effect by Aundrea and Gia Gadsby). The whole thing clocks in at under 90 minutes and never comes close to wearing out its welcome. Some familiar beats from the romantic films of yesteryear appear, but they’re resolved in satisfying fashion. People, Places, Things is a good movie.

After a series of drawings illustrating how graphic novelist Will and his longtime girlfriend Charlie (Stephanie Allynne) met, fell in love, and had twins, we meet them in the flesh during their daughters’ birthday party. Will goes upstairs to discover that Charlie has been having an affair and wants to end their relationship. The use of illustrations during the opening credits is a nice way to eschew the typical, played-out montage of the meet-cute and eventual romance that takes us to the present. Artist Gray Williams provides the drawings, and they’re as much a character in the film as New York is (this reference will never get old, I promise).

(Interview: Jemaine Clement on being a leading man, working with Steven Spielberg, and horror films)

A year passes and Will has struggled to move on with his life. At the suggestion of his student Kat (Daily Show’s Jessica Williams in a solid, confident performance), he agrees to meet her mother Diane (Regina Hall) for dinner. Hall is so good as Will’s foil/love interest it’s startling to recall the fact that she starred in nearly every obnoxious Scary Movie movie in the franchise. She is subtle and strong here, willing to open up but just as ready to close the door. Will and Diane’s relationship is the strength of the film, excluding those aforementioned drawings.

Williams’ animation lets us into Will’s state of mind. There is a drawing of an insurmountable brick wall and a character looking at it with a “?” in a thought bubble. In another, there are frames of a man in what could be defined as happy circumstances (with a lover, children, etc.), but each has him thinking to himself, “I just want to be alone.” The message of the movie is a belief that is repeated throughout: “Happiness is not a sustainable condition.” Can this be enough for not only Will, but the rest of us? It has to be, if we ever want to be happy at all.

The only rival that romantic comedies have to being the most tired of movie formulas is found-footage horror. There aren’t many more places to go without entering into dark territory or strictly satirical (I will mention They Came Together one last time). People, Places, Things manages to find a pocket within the genre that is light, hopeful, and likeable sans characters transforming into shrews or unredeemable jerks. It’s good, and that’s just fine.