Film Review: We Are Your Friends 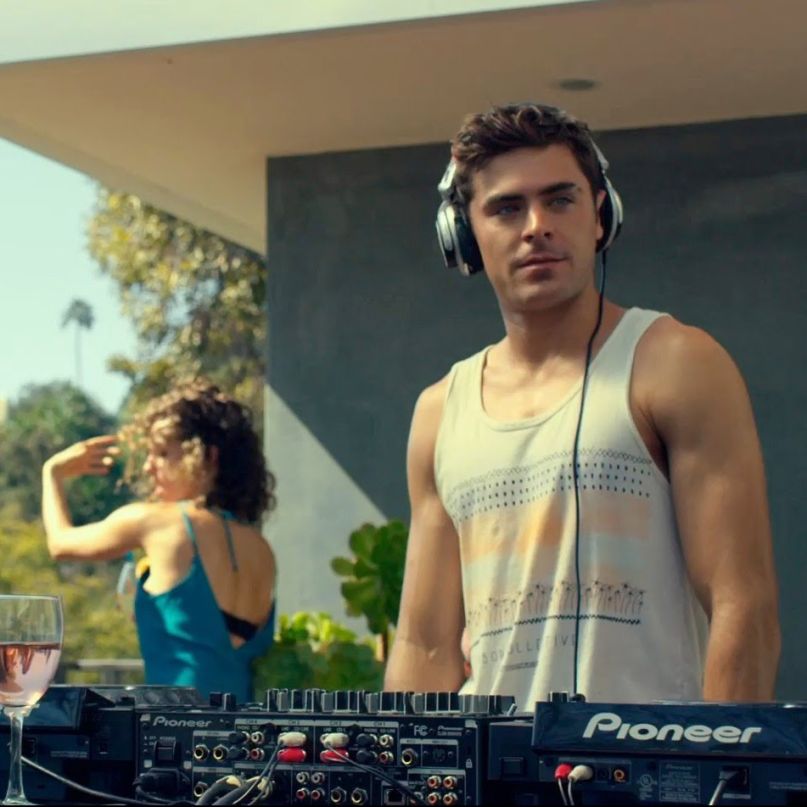 Up to a point, We Are Your Friends is about Cole Carter (Zac Efron) and his bros. For a while, that’s legitimately all there is to it. They bicker; they devise plans to bring home, in the film’s vernacular, “hot sluts”; they wait for the next club night where Cole can work his way up the nightclub ladder as a DJ while his friends take advantage of the free drinks afforded to promoters. They’re a motley bunch: the quiet one (Alex Shaffer), the rage-fueled one (Jonny Weston), and the one who never stops hustling (Shiloh Fernandez). The four best friends want to get out of the San Fernando Valley and into the big time, to stop filling their days with coma-inducing amounts of pot that don’t actually seem to have any effect and … well, after that, it’s unclear. Mostly, they just want to get paid.

But it’s Cole whose star is truly rising, especially once he befriends James (Wes Bentley), a onetime superstar DJ who, by the film’s measure, is just selling out and playing the hits at the moment. James’ girlfriend, Sophie (Emily Ratajkowski), has to tend to his fits of drunkenness and self-loathing, and from there it’s obvious what’ll happen to the two most attractive members of the film’s love triangle. Soon Cole has to choose between friends and fame, between love and loyalty, between bank statements and big beats. Oh, and there’s some stuff involving Jon Bernthal as a real estate shark to which the film periodically returns to when it’s convenient.

Even setting aside for a moment that We Are Your Friends feels several years late to its own party — the EDM wave it aims to catch has by most metrics crested by now — the film is still somehow both cloyingly of-the-moment and instantly obsolete. If that sounds paradoxical, that’s because it is. We Are Your Friends aims to tap into the zeitgeist by way of bright lights, easily accessible drugs, sick beats, and the dance music festivals where all of those things are commonly found, but is so visibly seduced by the lifestyle it’s trying to comment upon that any attempts at critique are ultimately lost in a haze of sex, drugs, and the moments “before it begins” — moments that don’t seem distinctive in any way save for the film’s aggressive and repeated insistence that they totally are, bro.

Max Joseph (TV’s Catfish) at least seems to have a handle on the aesthetics of the neon ‘n’ nudity EDM world as it currently stands. While the film isn’t all that good, We Are Your Friends ably approximates the naive “one night can change everything” hedonism so encouraged and celebrated by the scene at large and speaks its language fluently. Bros supersede hoes in any and all situations, except when they don’t at all. A surprise dosing of PCP leads only to a visually lush, hand-drawn hallucination, instead of the scene where Efron tears apart a car with his hands that you may find yourself hoping for. The typography, rapid-fire editing, and wildly varied motifs grow chaotic after a while, but all by design. The film is every bit as exhausting as the world it inhabits, and even if it’s irritating to watch after a while, it can’t be called dishonest.

Perhaps that’s the trouble with a film like We Are Your Friends, one so slavishly aimed at a very, very particular audience. Those who would see themselves in the film will find it as funny and sexy and pensive and mournful as it aims to be. Those who would not will find themselves siding more with Bentley’s seen-it-all former success story, wondering exactly who all these walking hashtags are that’ve taken over his medium. (Incidentally, Bentley gives a surprisingly excellent character turn in a film that doesn’t require it, turning James into less of a whiny old man and more of the guy who’s lived the lifestyle long enough to know exactly how many voids it doesn’t fill.) This isn’t to disparage that first group, though; We Are Your Friends is just operating from a place of inherent bias, for the benefit of those who might share it.

Appreciating the film’s intention doesn’t excuse its woes, though, from the unkempt and constant tonal shifts to the aggressive self-seriousness in the face of increasingly maudlin plot turns to the film’s seeming inability to actually say anything about the darker sides of EDM culture without hastily backpedaling seconds later, as if to say, “Yeah, that was sad, but it’s still so much fun!” Efron is every bit as brooding and handsome as he needs to be without exhibiting any of the charisma he’s found in other roles, and Ratajkowski is fine in a thankless girlfriend role that at least doesn’t treat her like a piece of meat the way Entourage did. We Are Your Friends is for its niche, and to its benefit, the film doesn’t pretend as though it’s for anybody else. But fans of dance music, like anybody else, deserve good movies that offer more than hallmarks of other things they like assembled into a forgettable whole.