Autumn Andel travels 5,000 miles to learn what it means to be Finnish 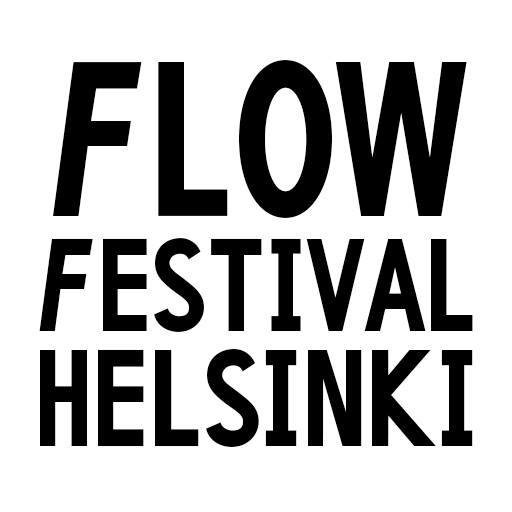 Two weekends ago, I was at a woodsy farm near Portland, Oregon for Pickathon; 15 days later, I’d be 5,000 miles away in Helsinki, Finland, for the completely different experience of Flow Festival. Flow is an urban event: no camping and entry is limited to those 18 years of age and over, whereas Pickathon thrives on people who pitch tents and bring the kids. Pickathon makes a point to support local businesses, while Flow glints with corporate sponsors. There are commonalities, like a focus on sustainability and copious amounts of delectable edibles. But I didn’t come all this way to eat my way through Helsinki’s biggest summer music festival. I wanted to experience the culture — and to learn what it means to be Finnish.

In its 12th year, Flow Festival saw a record 70,000 visitors pass through its gate over three days. My first impression of the festival was how good-looking it was. I’m not referring to the young and the stylish Finns, but the event’s actual design; Flow takes place in Suvilahti, a former energy production area in Helsinki that has been renovated for art and cultural purposes. Much attention was put into juxtaposing the gritty industrial environment with a sophisticated flair. Even the press area was decorated with care; in my experience, most festivals just pitch a little tent with a few water bottles that run out before end of the night. Additionally impressionable was Flow’s use of space; it felt like there was so much to see and experience, yet every stage could be reached on foot in five minutes.

Nordic countries are known to be among the most eco-conscious, and true to that spirit, Flow neutralizes its carbon footprint by generating power from waste. The festival encourages recycling by giving a deposit back for every drink container. Yet despite all the sustainable efforts, the festival trash removers had plenty of work cut out for them. Unlike Pickathon, which requires a reusable metal cup, Flow has not addressed the issue of plastic in their conservation endeavors, though I would think the abundant littering owes due more to the attendees’ blood alcohol level than blatant disregard. As one native told me, “To be able to drink like a Finn is the greatest compliment.” Well, bless their livers, as well as their lungs: The omnipresence of cigarette smokers induced a good dose of headache and nausea in this nonsmoker, who’s used to the no-smoking policy on my home turf.

If there is one thing that can make me overlook unpleasantness like garbage and fumes, it’s a great performance. Browsing through Flow’s program, I noticed that the headliners were dominated by US and UK artists like Pet Shop Boys, Florence and The Machine, and Beck. We’ve come to expect paycheck-worthy shows from these top acts. But perhaps the most radiant and revered set had to go to Nile Rodgers and CHIC. Not only did they look like the happiest gang at Flow, but they had the biggest catalog to share. Over the course of his career, Rodgers’ collaborations have ranged from Diana Ross to Britney Spears. Personally, it was David Bowie’s “Let’s Dance” that made the beautiful mild summer evening ethereal. It felt like love was in the air. And I don’t mean romantic love, but love of life and all its trivialities and idiosyncrasies.

Not every main attraction delivered. By midnight, most folks were partied out by Major Lazer or chose to check out Run the Jewels, or were simply too inebriated to flock to the Lapin Kulta Blue Tent for one of the quintessential ’90s shoegaze bands, Ride. The photo pit was sparse and somehow the elation that I felt from their San Francisco show back in April did not surface. I can’t believe I left after the third song; Ride was one of my favorites. Next day, I learned that I wasn’t alone in feeling that their performance was lackluster. Perhaps by now, the reunion tour has stretched too thin.

If you wanted to explore Finland’s music scene, there were plenty of acts to discover, ranging from jazz to hip-hop. Some performed in Finnish, while others purely rattled their vocal chords in English. Watching French Films play in the Blue Tent on a Saturday afternoon, I couldn’t help thinking how Ride should have had their energy 16 hours ago on the very same stage. While the Finnish quartet’s music is lighter on the distortion than the English band, these hometown boys pack plenty of rock into their power pop melodies. Decked out in sunglasses and jackets, French Films embraced the bad boy rock star look. Similarly, Black Lizard on Sunday proved that you can make 3 p.m. feel like midnight, complete with a fog machine and a bottle of whiskey. I only had the chance to check out one other Finnish act, mainly because of their name, which is a hashtag nightmare: Have You Ever Seen The Jane Fonda Aerobic VHS? I was expecting more theatrics from the electro-punk trio, but they did have Jane Fonda’s aerobic VHS video playing on the grid of screens.

A couple of young American acts were crowd pleasers, but one of them was definitely restless. Singer/songwriter Shamir has only been active little over a year since the release of his his debut EP, Northtown, last June. Not yet of legal drinking age, Shamir has somehow managed to garner admiration far from his hometown of Las Vegas. Entering the stage shyly, he seemed distant during his first song but that was either a warm up or a great disguise, as he soon beckoned the crowd to dance and sing along to his disco pop a la Prince or Michael Jackson. But it seemed all innocent and sweet, at least for the first three songs I caught in the pit. In contrast, Foxygen made the best circus show at the fest — even Shamir checked out the spectacle.

As a stop on their final tour, Flow was Foxygen’s last concert with Star Power. While long-time bandmates Sam France and Jonathan Rado will probably move onto their next phase together, the future of the rest of the seven band members is uncertain. I expected Foxygen’s set to be fueled by gallons of Rockstar Energy Drink, but this final show had an extra stimulant. France entered the stage from the crowd; wearing a bell-bottomed suit, he looked like a 21st century Thin White Duke and moved like Ziggy Stardust. Thirty minutes into the set, an argument broke out and it looked as if their set was over. Luckily, Foxygen returned to form after few minutes, but it started sounding like a theater performance instead of a concert as different members talked over each other. It was chaotic and sloppy, but also strangely satisfying.

There’s a stereotype that Finns are shy. Tyler, the Creator validated that generalization and then helped them expel it, even if it was just for an hour. The first thing Tyler mentioned was that he was going to go back to sleep after his set. But he was all pumped and ready to feed off the energy from the crowd. After few seconds into the thumping and pounding beat, he stopped the music and said disapprovingly, “I came all the way for this?” I wonder how his audience felt at that point. Not wanting to displease their performer, the crowd did their best to follow Tyler’s instructions to jump up and down and let loose.

Flow seems to be as much about the food as the music, maybe even more. Every dish I spotted looked fresh and photogenic. And, of course, one was never too far from access to beer, champagne, and spirits. This is probably where capitalism took the greatest advantage of Finland’s weakness for alcohol. According to my Airbnb host and repeat Flow attender, Tuomo Karvinen, “the only negative thing is that all the food and drinks are really expensive. Food selection was great, but the drinks should also be more varied. It’s now totally limited by the main sponsors.”

To combat the hefty drink prices, festivalgoers took advantage of Finland’s lawful public drinking, having little alcoholic picnics just outside the festival gate. But Karvinen also spoke of the festival as a whole, positively: “In my group of friends it’s always a big thing, one of the main events of the summer. I would say it’s a smart mainstream festival with lots of interesting indie, underground, and experimental music. You can really make it your own.” Another local stated that they come more for the environment than the music. There are also experimental art installations, skate park, and a giant “canvas” to express yourself as a part of one communal statement.

On a practical note, an important factor when attending (or working) a city festival is to find lodging within walking distance, unless you want to compete with swarms of humans for public transportation. I was lucky enough to find Tuomo on Airbnb, who generously offered me his apartment that was a 10-minute walk away, as well as being conveniently located by Sörnäinen station, making a commute to the airport a snap. Bicycling is a popular transportation option in Helsinki, but I’m not sure navigating manually on two wheels intoxicated is any safer than driving a four-wheeled machine.

This was my second visit to Helsinki, and the general feeling of honesty and kindness that I felt three years ago was solidified. A sense of safety permeates Nordic countries. How many other parts of the world can you leave your iPhone 6 in a public toilet with a needle depository and have people return it to you? If you want to indulge in a music festival without the risk of heat stroke and other physical ailments not related to alcohol overdose, then Flow and Helsinki is for you. Just be prepared to have a gourmet budget.