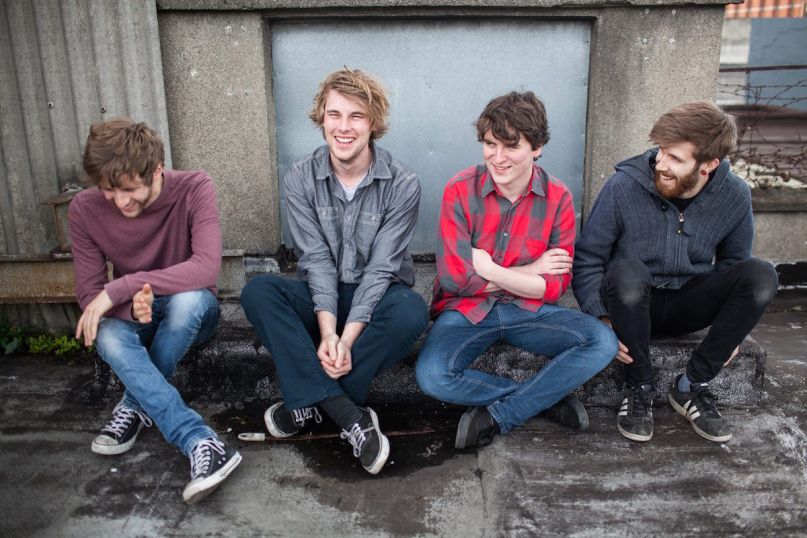 Rising noise-punk outfit Girl Band is inching closer to the release of its debut album, Holding Hands with Jamie, due out on September 25th through Rough Trade Records. Spanning nine tracks, the LP was recorded this past spring shortly after the band returned home to Dublin from its first US tour. It follows the Early Years EP from April and is said to capture “the tension and abrasive energy of a Girl Band performance.”

Though I’ve yet to see them live, “Paul”, the rattling first single off Holding Hands, is making me wish that I could experience their hellish fury firsthand, pronto. Check out the song below via its official music video, an unsettling clip about the star of a children’s TV show.

In a press release, the band discussed the context for the Bob Gallagher-helmed visual:

“While I was researching I watched a documentary about Big Bird and there’s a line in where Carol Spinney says that a woman was complimenting his performance but that she couldn’t see that inside the costume he was crying. It’s quite tragic. I think everyone has experiences of having to put on an outward expression, and feeling trapped so Paul’s costume is a visual extension of that. He’s inside the suit, at a distance from everybody around him, but wearing this absurd smile that’s totally false to what’s going on inside.”